Yemen: A political solution is the only way to avert famine, says CARE 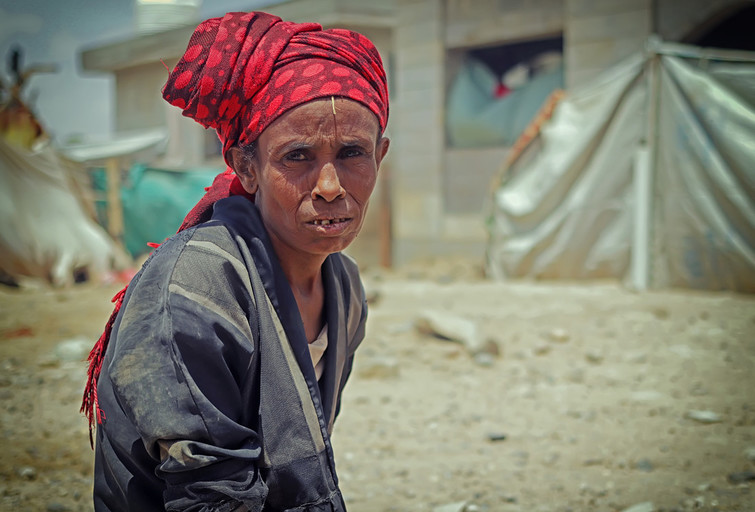 Amidst discussion of a famine declaration in Yemen, CARE calls for the implementation of an immediate ceasefire and political action to end the conflict.

Only political will for peace can stop the fast deteriorating food and currency crisis in Yemen.

Almost half the population of Yemen – 14 million people – are now at risk of famine. Currently, food security experts are conducting data analysis to determine whether famine can be declared in Yemen.

“A declaration of famine would mean that the international community has already failed the people of Yemen,” says Jolien Veldwijk, assistant country director for CARE Yemen. “Two of the thresholds needed to declare a famine – death rates and acute malnutrition rates – are lagging indicators, which means that by the time these thresholds are met, people are already dying.”

Yemeni people are dealing with a nightmarish combination of factors: daily airstrikes and attacks, a lack of healthcare and public services, increases in diseases like cholera, and severe food insecurity due to the economic crisis.

“The economy has been crippled during this war,” says Veldwijk. “Food and fuel prices have simply risen out of the reach of most people. There is widespread malnutrition and food insecurity, and those affected the most are women and girls, who often have more complex nutritional requirements.”

Through cash and voucher transfers CARE supports the most vulnerable and conflict-affected households to meet their basic and immediate needs and avoid using negative coping strategies. CARE is also implementing a World Food Programme food distribution in several governorates in the north and south of Yemen.

As the world waits to see whether famine is announced, Veldwijk notes; “whether widespread famine is declared or not in the coming weeks, the reality is that half of the Yemeni people do not know where their next meal will come from.”

One Yemeni mother – Qayma – recently told CARE staff; “I don’t know how to feed my children. I don’t want to watch my children starve to death.”

CARE welcomes the recent call by US Defense Secretary James Mattis for a swift cessation of hostilities in Yemen and support for a UN-brokered peace plan; as well as Canada and the UK’s support for a ceasefire that will allow for humanitarian corridors to ensure the safe passage of aid.

While these statements are moves in the right direction, it is imperative now that all parties to the conflict take action to implement an immediate ceasefire and participate fully in peace talks. The only real and lasting solution to the catastrophic humanitarian crisis in Yemen is a political solution to the ongoing conflict. Urgent action is needed right now to end the suffering of unthinkable millions of people. This human tragedy must come to an immediate end.

“People are in urgent need of humanitarian aid in order to survive,” says Fathiah, a Field Officer with CARE Yemen. “But this is not a solution. The only solution is to bring peace to our country. Peace is our only hope.”

For early morning requests outside of North America hours, contact: