5 Reasons to March On Saturday

By Andrea Crosley, March on Ottawa

Andrea Crosley currently lends her energy to several worthy Ottawa business ventures, and outstanding organizations like CARE Canada, and March On Canada/Ottawa. She is on the Women’s March Organizing Committee for the third year. She believes that the only way to overcome inequality is to build understanding and connection.

Why march on January 19, 2019?
Here are 5 reasons, along with some extraordinary numbers to consider:

Here are just a few of the shocking numbers around gender-based violence in Canada:

3.
Indigenous women are assaulted almost three times more often than non-Indigenous women in Canada. They also experience domestic violence at higher rates, and are roughly seven times more likely to be killed by a serial killer.

6.
Every six days, a woman in Canada is murdered by her intimate partner.

3300.
On any given day, more than 3,300 women (along with their 3,000 children) are forced to sleep in an emergency shelter to escape domestic violence.

1.22 Million.
Over 1.22 million Canadian women live in poverty, along with their children. Women who leave a partner to raise children on their own are more than ﬁve times likely to be poor than if they had stayed.

74.
In 2015 a UN Human Rights report raised concerns about “the persisting inequalities between women and men” in Canada, including the “high level of the pay gap” and its disproportionate effect on low-income women, racialized women, and Indigenous women. In 2018 Canadian women earn 26% less than men, or $0.74 for every $1.00. Though the Government of Canada introduced pay equity legislation in October of 2018, we must continue to bring pressure on governments at all levels to invest in things like child care, improved ﬁnancial support for education and training, enhanced parental leave, pay transparency, better access to ﬂexible work arrangements, and the continued appointment of skilled, talented women into leadership positions. 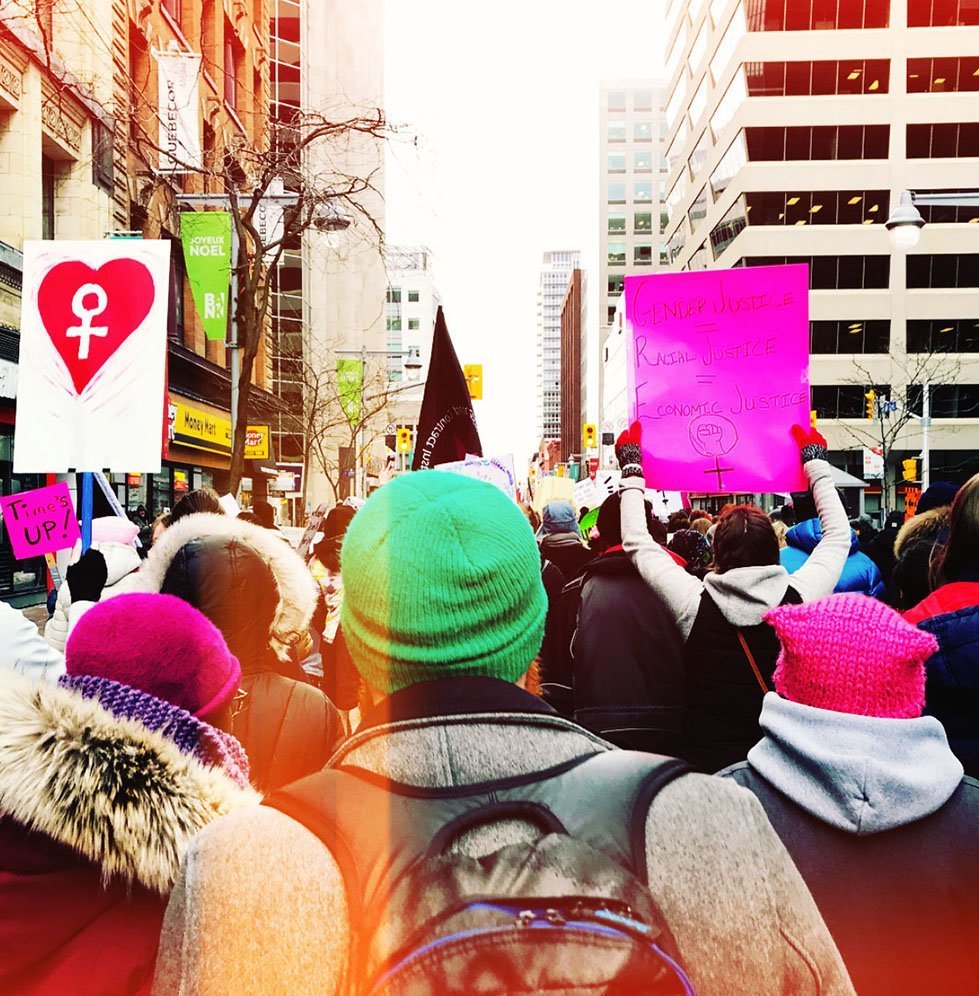 33.
Women currently represent 33.4% (255 out of 762) of all provincial and territorial legislators across Canada as a whole.

51.
On a note more reﬂective of Canada, women do make up 51% (18 out of 35) of current Cabinet Ministers. This is due in part to a conscious effort by Prime Minister Justin Trudeau to retain a gender-balanced Cabinet.

We need to support women in politics at all levels, women’s leadership needs to be normalized. We need women from all walks of life, from all backgrounds to feel supported and encouraged to enter the public realm. We need governments to reﬂect our society.

17.2
There are approximately 17.2 million women in Canada. The diversity of the women making up that number is vast. Gender is only one variable in a woman’s life: race, sexuality, level of wealth, level of education, age, physical ability, religion, all these, and more, have a bearing on how every woman experiences her life.

1… or perhaps 3.8.
Think of the woman you know and love the most in your life, and then think of the individual challenges she has faced. Know that those challenges are multiplied 3.8 billion times around the world.

Really, that says it all.

Brave the cold this Saturday, January 19th and join women and their allies on Parliament Hill at 11 am.