Jordan: ‘I have rights and I want to be able to live like everybody else’

It has been a hard eight years for Syrian women living as refugees.

As a result of limited employment opportunities, refugee women are being forced to make difficult choices in order to support their families. Many spoke of borrowing money from family, friends, or local shops. Others are restricting their household’s food just to get by. For some refugees, they are being forced to take their children out of school to save money and so that the children (usually boys) can contribute to household income.

The conflict has upended traditional gender roles, with some women now becoming head of household and sole breadwinner for their families.

Across the region, some refugee women see this as an opportunity and feel their voices are being heard for the first time. They are expressing the desire to work in paid employment and even starting their own businesses. Others see this new role, the increased responsibilities and the need to work, as necessary changes for the survival of their families.

Thanks to the support of the Government of Canada and our generous donors, CARE is working in Jordan to help Syrian refugees move forward with their lives, despite the challenges they face.

CARE-initiated Women’s Leadership Councils allow women to come together to learn, discuss and develop new skills they can share with their community. Below are two stories of women that have joined these councils. 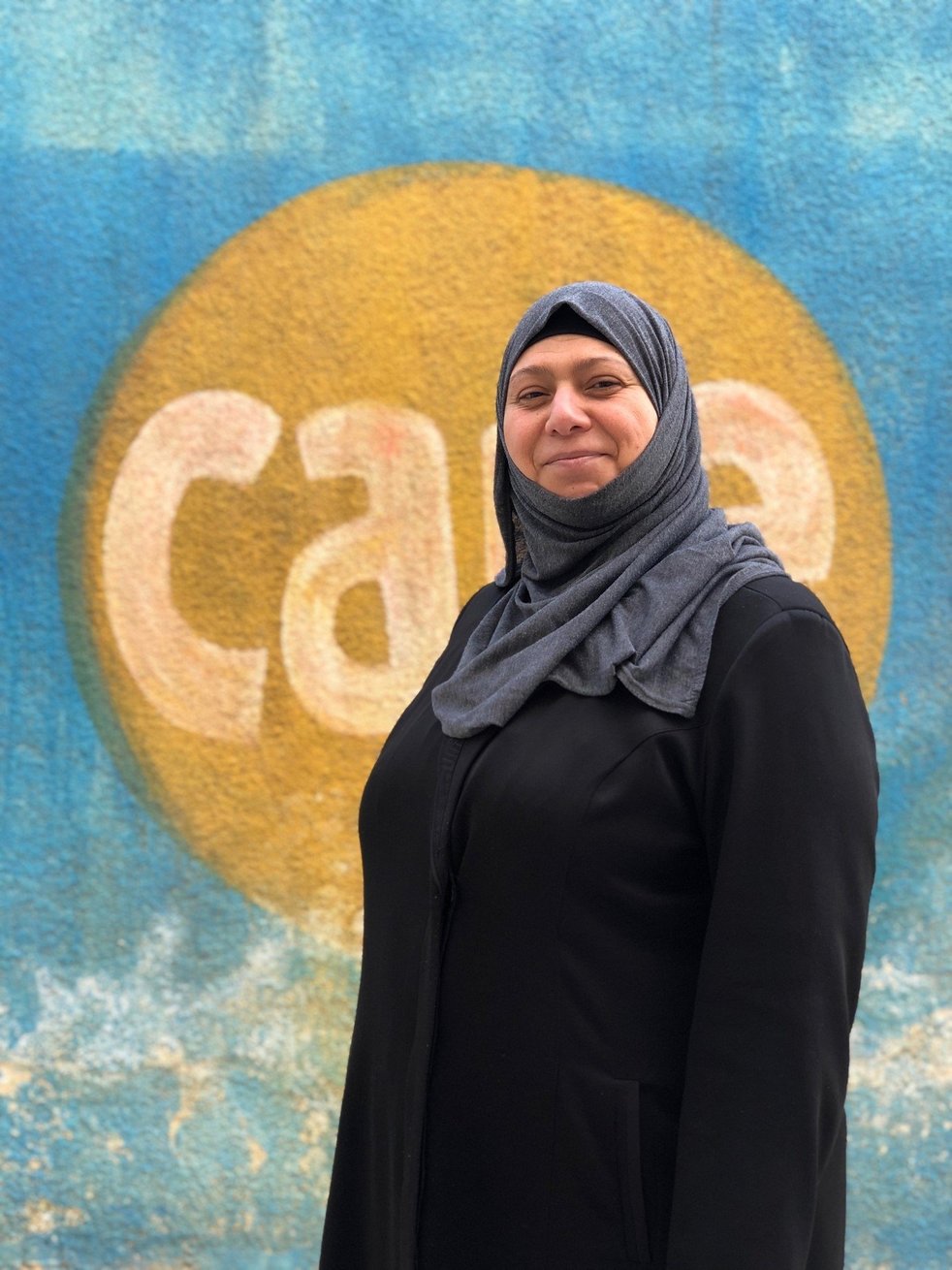 Emiline, 39, is a married Syrian mother of three. (Above photo, left)

Emiline left her home and everything she had in Syria to find safety for her family. When she fled to Jordan in 2012 with her husband and children, she found herself trapped inside four walls.

After the trauma of the Syrian conflict, she was too afraid to leave her home, and wouldn’t let her children leave either. Her husband couldn’t find work and they had no source of income. This turned their household into a place where no one felt happy or safe.

"I became a different person; I yelled at my kids, I stopped talking to my husband, and I locked myself in a room most of the time. The walls were closing in on me," says Emiline.

A neighbour suggested she get out of the house and get involved with the local community as a way to help her deal with her anxiety and sadness.

"The first session I ever attended was at CARE, and it was about women’s rights. I remember going back home and telling my husband to take us back to Syria if this was how we were going to continue living. I have rights, and I want to be able to live like everybody else. The next session I attended was about child abuse. I was heartbroken to know that my attitude and feelings were directly affecting my children."

Emiline did not stop working to improve her life. Eventually she became one of the leaders at CARE’s Zarqa Women Leadership Council.

"I now stand and talk to other women from a hurtful experience. I tell them that I was exactly where they are now, and show them that I’m a live example of how things improve when you are determined to be better. My husband and children are so proud of me. I’m proud of myself."

"I’m a live example of how things improve when you are determined to be better. My husband and children are so proud of me. I’m proud of myself."

Rihab lives in Zarqa, Jordan, along with her husband and five children. (Above photo, right)

She became a member of CARE’s Zarqa Women’s Leadership Council when it first began in 2016. This was her first experience in a leadership role, and she was very new to topics such as gender, violence and human rights.

"I had no idea that refugee women had this many rights, until I was trained to become a trainer on these topics,” says Rihab.

"When I was in Syria, I used to be a psychology and a sociology teacher in a boys’ school, which is why it was very difficult for me to be unemployed when I came to Jordan in 2013."

Rihab found her calling when she was introduced to the Women’s Leadership Council and was able to be an active member of society again.

"I have always considered my children to be my greatest accomplishment in life. They are all very high achievers at school. My second greatest achievement is that I was able to rise from a very dark place after leaving Syria due to my work with CARE in the Council."

After a year and a half of training other women, the Council started initiatives that would help them reach a wider audience of Syrian refugee women and educate them on the most important topics.

"My initiative was called ‘First Aid at Your Home’, where I taught 10 women basic first aid skills that can save their lives, or a family member’s life. They, in turn, would teach 10 other women all the lifesaving skills that they learned."

"I was able to build my CV and work with NRC and UNICEF as a leader for change. This also allowed me to be a leader in my own household and set an example for my children to be leaders as well. My son is even enrolled in the CARE Youth Council because he always says that he wants to be just like me."

YOU CAN MAKE A DIFFERENCE

Donate now to help women like Emiline and Rihab achieve a brighter future for themselves and their families.