Communities in Malawi still living in fear after Cyclone Idai

The spectre of flooding has always hung over Chitsa village in Nsanje, Rhoda Benford says. A fact of life during rainy seasons, the floods have traditionally always been anticipated during the month of January.

So, when the month of January passed without incident, Rhoda thought the worst was over and started preparing for a good harvest. This year, she says, the crop had been good and she expected a productive harvest.

“I had a good crop of maize, some millet and a lot of pumpkins,” says the mother of five. “But all has been washed away.” 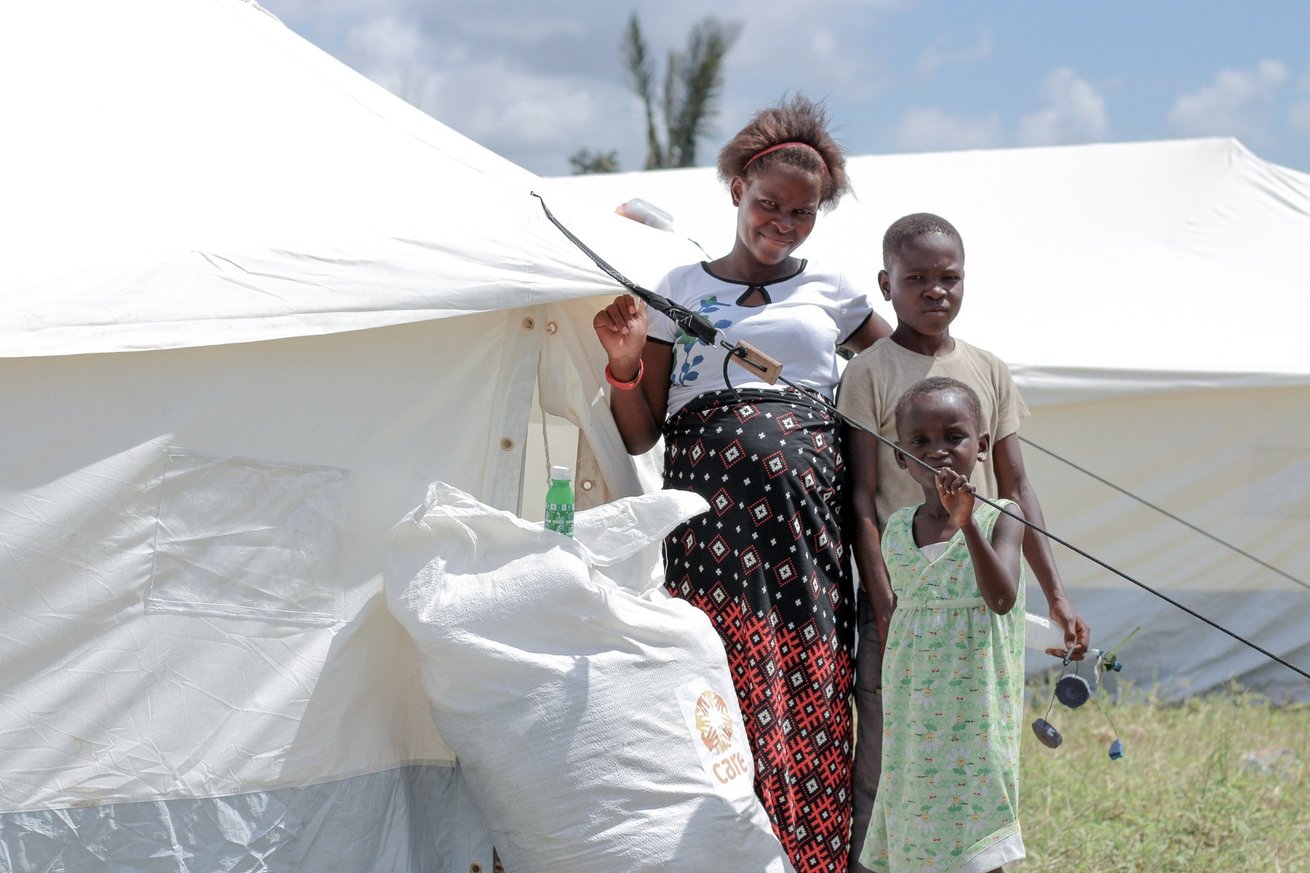 Like many in her village, Rhoda never saw the Cyclone Idai induced floods coming. She was hopeful looking into the future. Almost 80 per cent of people affected by the floods rely on their small farms as a source of income. So having a good harvest means much more than just a meal on the table.

“If I get a good harvest, I sell some to get money to support my children with their school needs,” says Rhoda. “But these floods were strange. They came at a time when we least expected them and did so much damage to our crops and homes.”

Rhoda, who is a widow, was forced to move upland to Lalanje camp, which is hosting about 254 households affected by the floods. Many people living in this camp also had their crops destroyed by floods and are desperately in need of food.

Scarred by the memory of last month’s floods, Rhoda has no plans of returning to her farm anytime soon. She doesn’t trust her knowledge of the weather anymore.

Hundreds are still flocking to Lalanje camp putting up temporary structures made of maize stocks and grass. But land in the camp is slowly running out, causing people to scramble to build on every available space.

Eliza Voluntade and Evelyn Mwemba are sisters in marriage. They arrived at Lalanje camp a few days ago. Both women say they are afraid to stay in their village as the rains keep on falling despite being the end of the wet season.

“Our village was also affected by the floods,” says Evelyn, whose husband died during the 2015 floods. “But we were lucky that some of our houses were on high ground so they weren’t destroyed. We were not planning to move but the way the rains are coming scared us. So, we moved upland to be safe.”

Supporting the displaced with lifesaving assistance

Like in many other camps for displaced people sprouting in Nsanje, Lalanje sanitation facilities are failing to cope with the growing number of arrivals.

The camp has only two toilets and two bathrooms. The water point is 10 kilometers away forcing many to use shallow wells, exposing them to water borne diseases. CARE recently distributed water and sanitation equipment to 700 families staying at Lalanje camp. Plans are in motion to distribute plastic sheets for roofing of the temporary shelters.