flooding in Malawi devastated a community in 2015. But when cyclone idai hit, they were ready.

Jina Fungo and her family were completely surprised when a raging flood ripped through their village in the southern Malawi with no warning.

They escaped in a canoe, managing to find safety upland.

Jina’s husband made a desperate attempt to return to their village, Chilanga.

“After dropping us off, he paddled back to try and save some of our belongings,” says Jina, a mother of four. “But the floods were so strong, and they washed away his canoe.”

This was four years ago. The floods of 2015 claimed more than 170 lives in Malawi.

In early March, the waters started rising again in Chilanga, as Cyclone Idai swirled across Mozambique and into Malawi.

Jina said the floods were even worse than those she experienced in 2015.

“From the uplands, you could see the houses being swept away like papers,” she says. “It was scary.”

But this time, Jina (below photo) not only knew what was happening -- she knew exactly what to do. 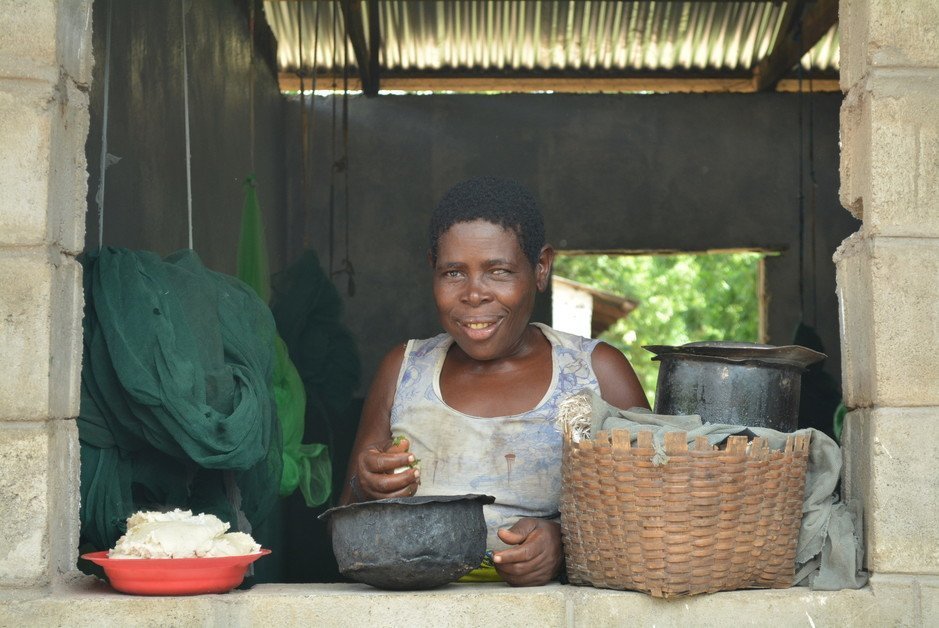 Families in the area were warned about the approaching storm by members of the new local civil protection committee. Jina and her family immediately relocated to a recently constructed evacuation centre at Ndamera.

Despite the massive destruction of property, no one in Chilanga died due to Cylone Idai’s flooding, which has killed at least 60 people in other parts of Malawi. The community was prepared.

“The 2015 floods taught us many lessons,” says Jina. “We lost our loved ones and our property. When we went back home after the floods had subsided, we resolved to prepare better but we didn’t know where to start from.”

After the training, the civilian protection committee identified their greatest need: an evacuation centre upland. They built it just in time, not realizing the centre would become a life-saver so soon (top photo).

"The 2015 floods taught us many lessons. We lost our loved ones and our property. When we went back home after the floods had subsided, we resolved to prepare better.”

Chilanga, which borders the marshes of Shire River, is extremely prone to flash floods. It’s part of what attracts people here: the flooding enriches the soil. Strong crop yields created by the fertile soil continue to entice the people of Chilanga to remain despite the constant threat of high waters.

In the wake of Cyclone Idai, more than 4,000 people have moved to the evacuation centre -- the majority of them women and children. Although the three-room structure is overwhelmed with the number of people, Jina feels it is better than sleeping in a tent.

“We can cook in the evacuation center even when it’s raining,” she says. “But when you are in a tent, it’s not possible as it can catch fire.”

So far, there have been no deaths reported due to flooding in Chilanga. And government officials here say the community’s efforts to better prepare for disaster played a large role in saving people’s lives.

“This was a unique idea and it has helped a lot in making the lives of the displaced people better,” said Emmanuel Mbenuka, a government social welfare assistant based in Nsanje.

And he pointed to another benefit: school children will be able to return to the classroom faster.

“In the past, when we had such a disaster, people would sleep in classrooms, disrupting the education calendar,” Mbenuka said. “But the building of this centre has changed all that.”