The statistics can be staggering. But there is still hope.

The Rača border crossing between Bosnia and Herzegovina and Serbia is a pretty unremarkable place. Trucks and cars waiting. A queue shuffling along.

The border guard notes they caught a few people the night before. They were trying to get across the nearby Sava river and into Bosnia and Herzegovina.

From here, a drive along the flat landscape past farmland and fields of grapevines, we reach a small settlement for migrants and refugees, not far from the Croatian border, an entry point to the European Union. 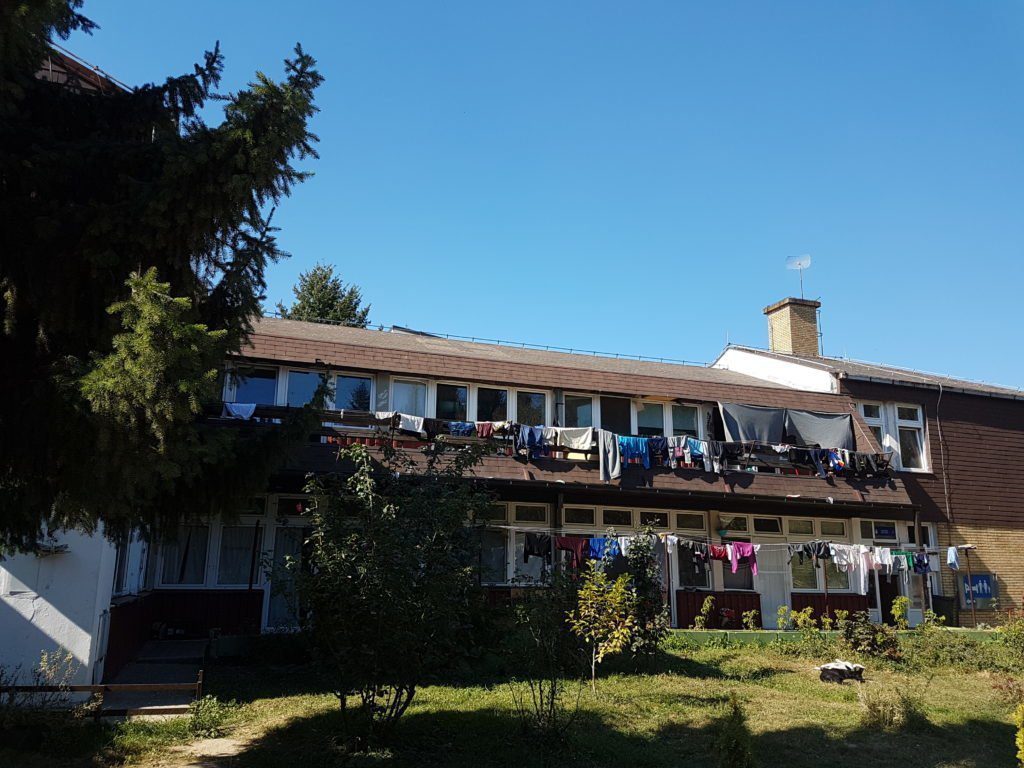 We chat with some of the camp officials. It’s clear they’re doing what they can to help make this settlement a decent place for those who choose to stay. There are rooms for kids to play and a building serving hot meals.

But it’s unsure how long those displaced by war or poverty will be here or if there could be a new surge of people arriving, as was the case a year earlier.

The population includes migrants from Iran, refugees from Afghanistan, Eritrea and other places that continue to force people to flee.

Surprisingly, the day we arrive, there are no Syrians. There was a family earlier in the week. But they left and it’s unsure where they are or if they’re coming back.

Maybe they were those caught swimming across the river or perhaps they gave what little money they had to smugglers who are part of the burgeoning trade in Belgrade, about an hour south.

As borders close and new fences are built, it’s hard to contemplate how refugees may make it inside the European Union and on to countries like Germany without resorting to such measures.

Take a moment to think about that. It’s practically double the population of Canada. Or similar to filling our largest stadiums in Toronto, Montreal, Edmonton or Vancouver about 1,400 times.

According to the UN Refugee Agency, last year 70.8 million people were forced to flee violence worldwide. This includes 25.9 million crossing borders and living as refugees, 41.3 million displaced within their own country, and 3.5 million more seeking asylum.

This does not include migrants driven elsewhere by poverty, seeking to start a new life. And we need to find a better way to acknowledge those increasingly displaced due to climate change.

The full picture of this crisis may be too hard to grasp. Particularly since it's fragmented across camps and isolated settlements.

But still, we can't forget there are good people working to make the best of a bad situation. They provide a glimmer of hope for a crisis gone awry. 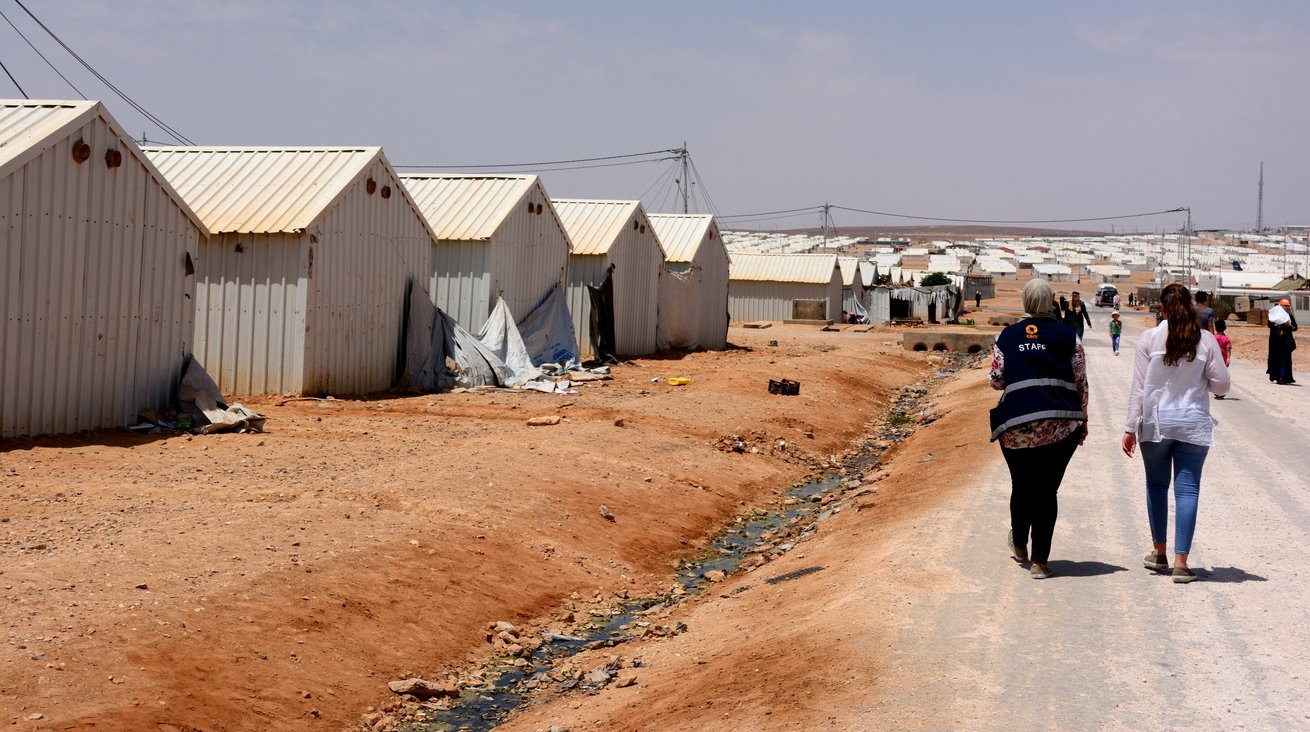 About 2,600 kilometres south of the Balkans, Jordan is home to 660,000 Syrian refugees. Unofficially the number is much higher.

The Hashemite Kingdom has also been home to refugees from Iraq and generations of Palestinians.

About two hours from the capital, Amman, sits the Azraq refugee camp. The drive is mainly hot, barren desert, until suddenly rows and rows of neatly-organized white, shiny metal houses can be seen in the distance.

Azraq was established in 2014, as the number of Syrians fleeing horrendous violence continued to increase. It covers about 14.7 square kilometres and was designed to be able to fit 50,000 people, although it could expand to 100,000 if needed.

While the camp currently houses around 40,000 people, most refugees in Jordan prefer living in cities, where they can try to find work and support their families.

Azraq is a well-designed camp and those staying here have the basics they need along with sports fields and training programs. But it’s still, for lack of a better word, a dismal place to stay. 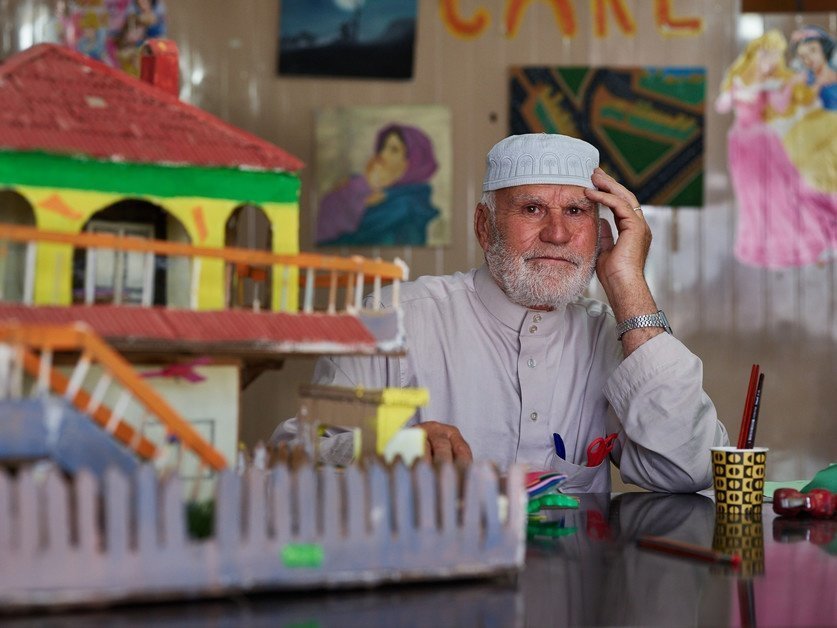 Living in the camp can feel like an extended feeling of idleness, a long-term cabin fever as you stare at those white metal shelters in the middle of a desert.

One man I met, Mohammed Asaf, said he arrived three years earlier and was trying to think of what to do to pass the time. So he decided to spread a little joy.

The 65-year-old man with a proud white beard is known at Azraq as the “toymaker.” He uses odds and ends to make toys for children.

For those living here, it’s clear there is a lot of uncertainly about what happens next. Many are from parts of Syria permanently scarred from war, some regions still in the midst of heavy combat. It’s hard to say when they may be able to go home. Or if they have a home to return to.

When I say I’m from Canada, a few comment that they have friends who have had the opportunity to go. They left the desert heat of Jordan and are now living in perhaps Edmonton, Moncton or maybe Ottawa.

Ottawa’s international airport is usually a pretty quiet place around 9pm on a Wednesday in late November. But not on this particular evening.

A speaker has been set up in the baggage hall blasting Middle Eastern music. A group from Ottawa’s Syrian community huddles around the noise. Some of the kids comment they only arrived themselves a year ago. They are eager to show off their English.

Suddenly the new family is spotted at the top of the stairs. They are greeted by a man with a warm embrace. He hasn’t seen his elderly mother in a long time. He probably wondered if he ever would.

A lot of feelings all at once – jubilance, exhaustion, confusion, celebration, excitement. The family begins their new life in Canada.

Canadians should be proud of this country’s efforts to bring in more than 50,000 Syrians to Canada. While the government deserves praise, credit also extends to donors and volunteers giving countless hours to put this plan in motion.

Sponsoring a refugee family is not just the joyous moments of the airport arrival. It’s finding accommodation and furnishing a new home with little notice. It’s appointments. Oh so many appointments during daytime hours to doctors, schools, dentists, banks.

It’s a daunting process, relying on the support of volunteer translators. One woman who supports a group I am part of in Ottawa, has been vital helping in person or on the phone for dozens of appointments and she also answers questions late into the night.

And she does this for multiple families. In addition to everything else in her life.

The scale is overwhelming. But there are people out there doing what they can to help. Whether it’s those trying to make the best of a bad situation. Or volunteers and donors giving their money and time to help a family start a new life.

A crisis as long as we allow it

Returning to Serbia from the start of this article, I must admit I left the centre for displaced people feeling drained. What was saddest about this lonely outpost was that there was nothing unique about it. It’s another piece of the global refugee crisis we are facing.

Similar settings large and small can be found the world over. Jordan, Bangladesh, Kenya, Uganda, Chad, Colombia… the list of states hosting the bulk of the world’s refugees is long. The majority of which – 84 per cent – are in developing regions, according to the UN.

The scale is overwhelming. But there are people out there doing what they can to help. Whether it’s those trying to make the best of a bad situation. Or volunteers and donors giving their money and time to help a family start a new life.

The refugee crisis isn’t just about how many people have been forced to flee their homes. It’s the fact that they have nowhere to go or are unable to start a new life.

This situation is only worsened through fake news about migrants and refugees on Facebook left unchallenged. Politicians appealing to our worst impulses rather than the potential we can unleash together. Conflicts “over there” left to fester and prevent people from going home.

While war, violence, poverty and increasingly a changing climate, are forcing too many to seek a better life elsewhere, isolating the problem only breeds further injustice.

There are ways we can help both large and small. This can include:

The global refugee crisis will last as long as we allow it.

Let’s not be overwhelmed, but celebrate and amplify those offering a helping hand to shift the narrative.