In March 2019, cyclone Idai slammed into Mozambique, Malawi and Zimbabwe with speeds of more than 200 kilometers per hour, causing severe damage. One month after Idai, a second storm hit northern Mozambique while the country was still recovering. Hundreds of thousands of people have been displaced, crops have been destroyed and livelihoods lost as a result of these storms.

CARE has assisted more than 300,000 people affected by the crisis with food assistance, access to water and education, shelter and drought-resistant seeds. 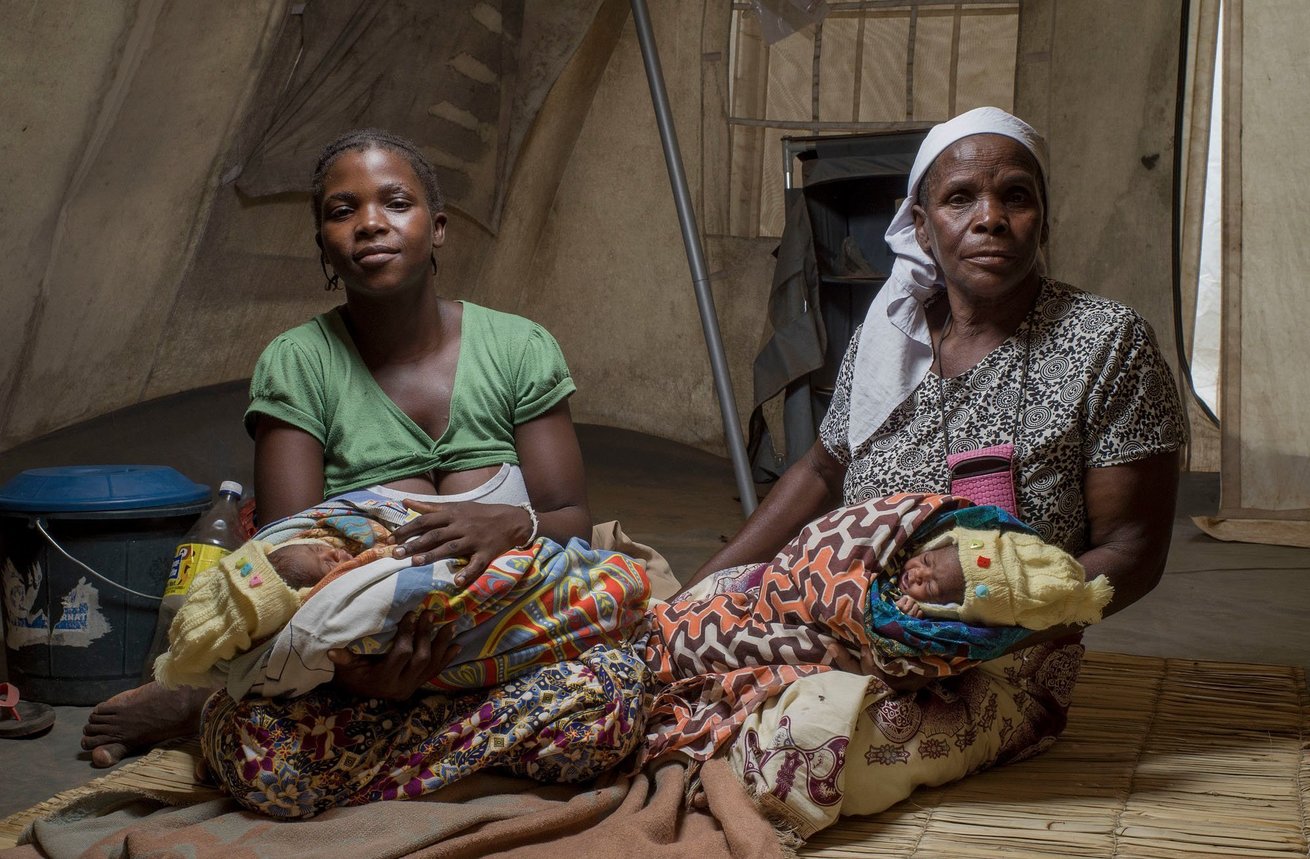 Safe spaces to give birth

In Buzi, Mozambique CARE is rebuilding the only hospital in the whole state that was affected by cyclone Idai. We're focusing on rebuilding the maternal waiting center where women with complicated births are referred to and wait until giving birth, as most have to travel several days to reach the hospital. About 100 births take place here every month.

Flora Jossias pictured here with her twins and grandmother Rosa. "It is very hot here and it has been quite challenging. Our biggest challenges back home are finding food and rebuilding our own house. We still have a field where we grow food and I sell coal to make a living. My only hope now is to see my children grow healthy and make enough money to support my family.

Mozambique is extremely vulnerable to the impacts of climate change and extreme weather events like droughts, floods and cyclones. This has a huge impact on how people earn a living and their access to food, particularly for women and children. According to the Government of Mozambique, 1.6 million people currently do not have enough food to eat and are in need of food aid. This number is likely to rise to 1.9 million in the coming months.

As part of its response to the weather extremes here in Mozambique, CARE is distributing drought-resistant seeds, which include sorghum, cowpea, ground nuts, pineapple seedlings, maize and millet, to more than 47,000 small scale farmers. CARE is also providing training to help improve farming practices to help communities be better prepared for future shocks.

CARE has provided hygiene kits with emergency household items such as tarpaulins, blankets, mosquito nets, sleeping mats, bathing soap, and jerry to thousands of people who are still lacking the basics.

Preparing for the future

Whether its in construction or rehabilitation of new buildings or water sources, CARE is helping people rebuild.

FIND OUT MORE ABOUT CARE'S RESPONSE TO CYCLCONE IDAI