Stories of shock and survival: Three months after the Beirut explosion

Seeing Beirut after the August explosion was unimaginable. Throughout my career in the humanitarian sector, I’ve never responded to a crisis riddled with so much complexity. And in responding to this crisis, I was also returning home.

Travelling to Beirut to respond

I left Canada ten days after the explosion on August 14th and stayed in Beirut for nine weeks until October 18th.

After spending two days in quarantine upon arrival, I walked through streets and communities in the city that I knew well.

As I approached the port, through the most heavily damaged neighbourhoods of Gemmayze, Mar Mikhael and Karantina, every passing street was more ravaged than the last. A vital metropolitan city, full of culture, art and vibrant life that I once called home was diminished to ruins.

I walked through the rubble for five hours that day, struck by not only the visual devastation, but the auditory cues of a city in crisis. The soundtrack was a symphony of crunching of broken  glass— glass being swept, glass being  thrown from buildings and glass being shoveled off site. 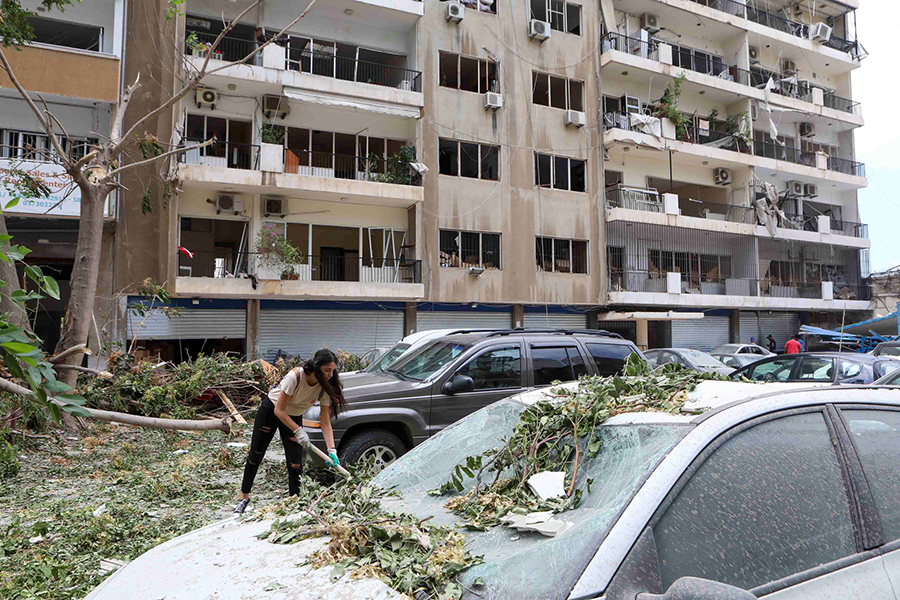 CARE was one of the first international organizations to respond. By the time I arrived, the CARE Lebanon team was already ramping up their response through local partners on the ground, providing food, shelter and safety.

CARE Lebanon’s office was not immune from the blast. The staff was traumatized, the office windows wiped out, and some colleagues even lost their homes. But they were all there, responding to the crisis, hand-in-hand with local partners, to serve the immediate needs of the Lebanese people. That was a hallmark of my time on the ground: everyone personally affected by the blast also rolled up their sleeves, working tirelessly to help each other.

The Beirut response represents the importance of working with local partners in humanitarian responses. Given their intimacy and familiarity with the area, the trust they have from their neighbours, they bring an unmatched level of community acceptance, hyper-focused expertise, ownership and efficiency to the work at hand.

As my time progressed in Beirut, so did the evolution of the emergency response. After about two weeks, food was no longer the most urgent need. We went on to focus on shelter, protection and helping people earn an income.

Hundreds of thousands had no roof over their heads, so repairs and securing safe spaces was an important need. As a capital city of a middle-income country, Beirut needed to jumpstart its local economy, restoring basic services.

When I spoke with people, there was a plea for assistance in rebuilding the foundation of neighbourhoods and economies, a goal to return to self-sufficiency. They want the ability to choose for themselves what they need, not just short-term handouts like food and hygiene kits.

Rebuilding will be far from simple, as it’s not simply a matter of replicating pre-existing responses but also ensuring that our response is holistic. For instance, social protection remains a major issue; the sustained trauma in the wake of the blast is at a scale that I haven’t encountered on any of my previous missions. Everyone is dealing with  post-traumatic stress  on top of pre-existing concerns: a massive refugee crisis, economic and political turmoil, and a global pandemic. 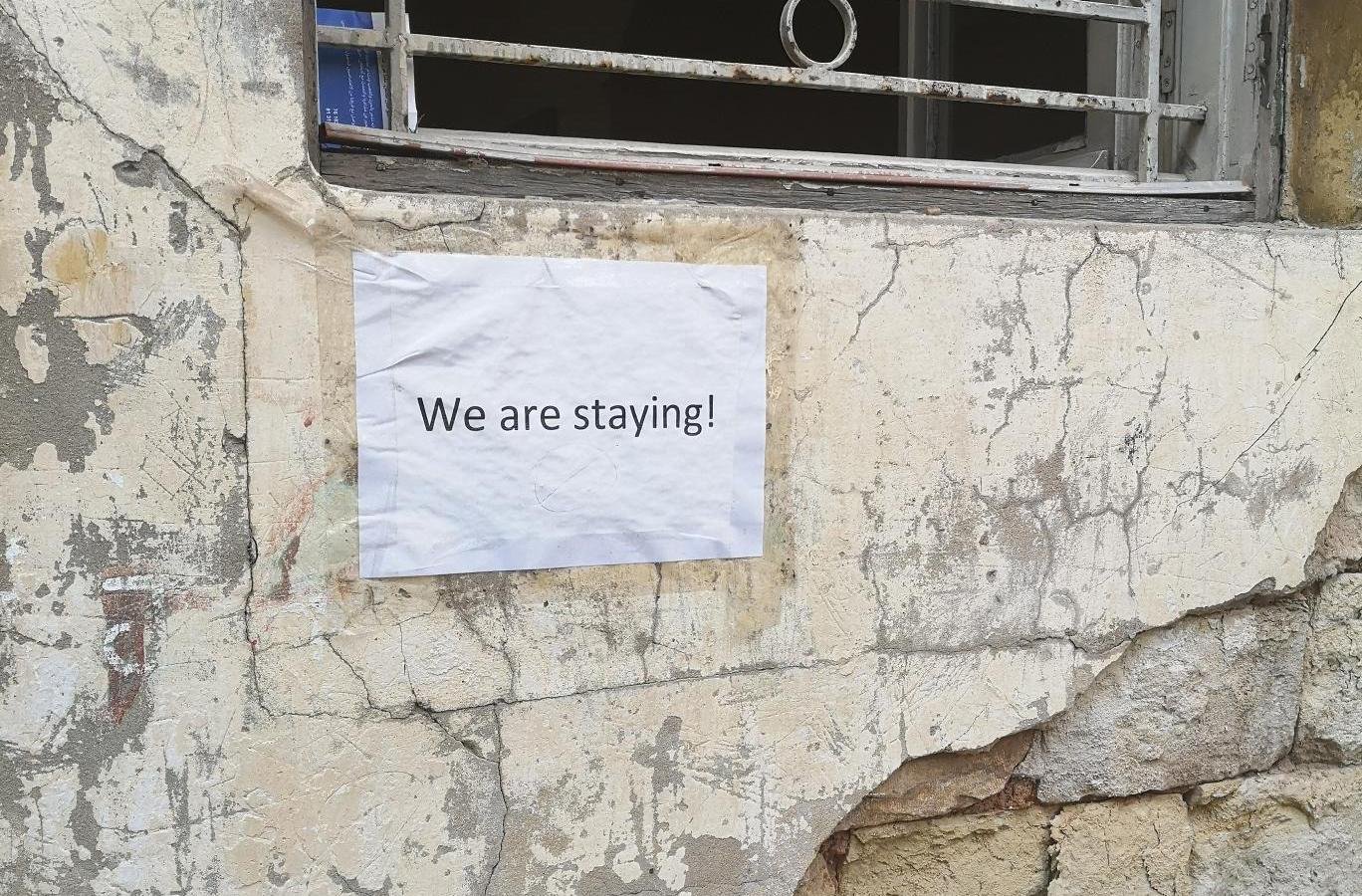 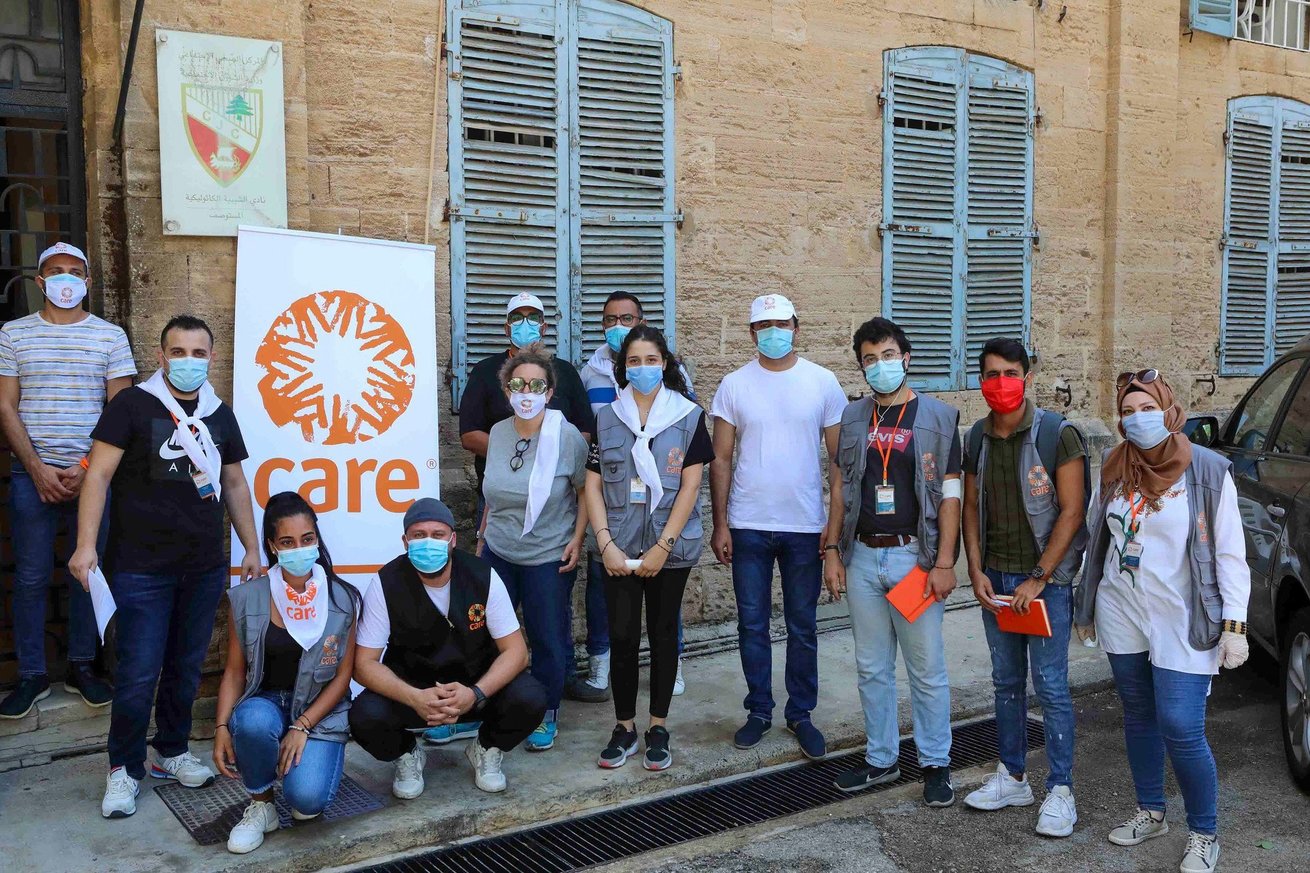 “We don’t want to have to be resilient”

Lebanon has been marked by crisis after crisis and somehow the people have endured. But it does make me wonder ‘What more can Lebanon endure?’

Prior to the blast, Lebanon was already facing compounding hardships. In the last 12 months alone, Lebanon has seen the biggest wildfires in the country’s history, followed two days later by the country’s biggest revolution in its history, followed by a complete economic meltdown, and hyperinflation. COVID-19 lockdowns and an outbreak that is again on the rise, layered onto an existing refugee crisis dating back to 2012 (Lebanon having the most refugees per capita in the world) has created an unfathomable situation for the people of Lebanon.

With that, economic and livelihood projects must be prioritized, especially among the most vulnerable. In the last year, the percentage of the extremely poor in the country surged from 8 to 23 per cent. Meanwhile, the middle-income class was shrunk by 30 per cent.

I fear that without prioritizing self-sufficiency among the people of Beirut, this crisis will rob them of any remaining hope. “Stop calling us resilient,” they told me on numerous occasions, “We’re tired and we just want to live in peace. We don’t want to be constantly in survival mode.”

Amid the despair of the destruction during my stay, graffiti cast across the rubble captured their perseverance for survival:

“OUR PLACE IS DESTROYED, BUT WE ARE NOT”

While they heal from immediate needs of the blast and the crisis retreats from the focus in the news cycles, we cannot forget about Beirut.

They will rebuild, because they have to. They will survive, that’s what they know to do.

But they need the world’s support.

Thankfully, CARE is making that support not only possible, but tangible. But we cannot see that through without the generosity of donations to ensure that the Lebanese people can regain not only their lives and livelihoods, but hope.

Through the delivery of thoughtful and targeted life-saving and recovery support, I’m hopeful that the people of Beirut will rebuild their homes and recreate new memories that could return to the city its charm and character.