How a women’s savings group in Niger came together to supply +10,000 masks

After their jobs disappeared due to coronavirus, savings group president Aïchatou Cheitou helped focus the group on mask and soap production and started a mutual aid program to ensure families in her community had enough to eat. 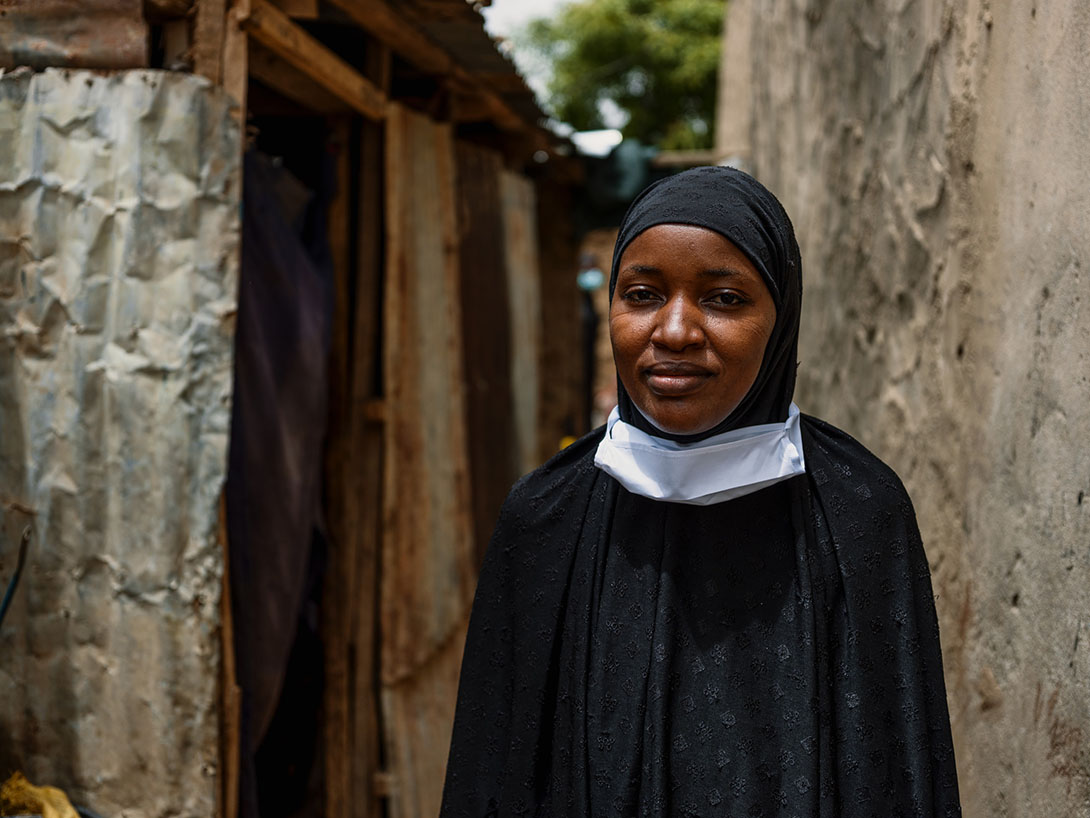 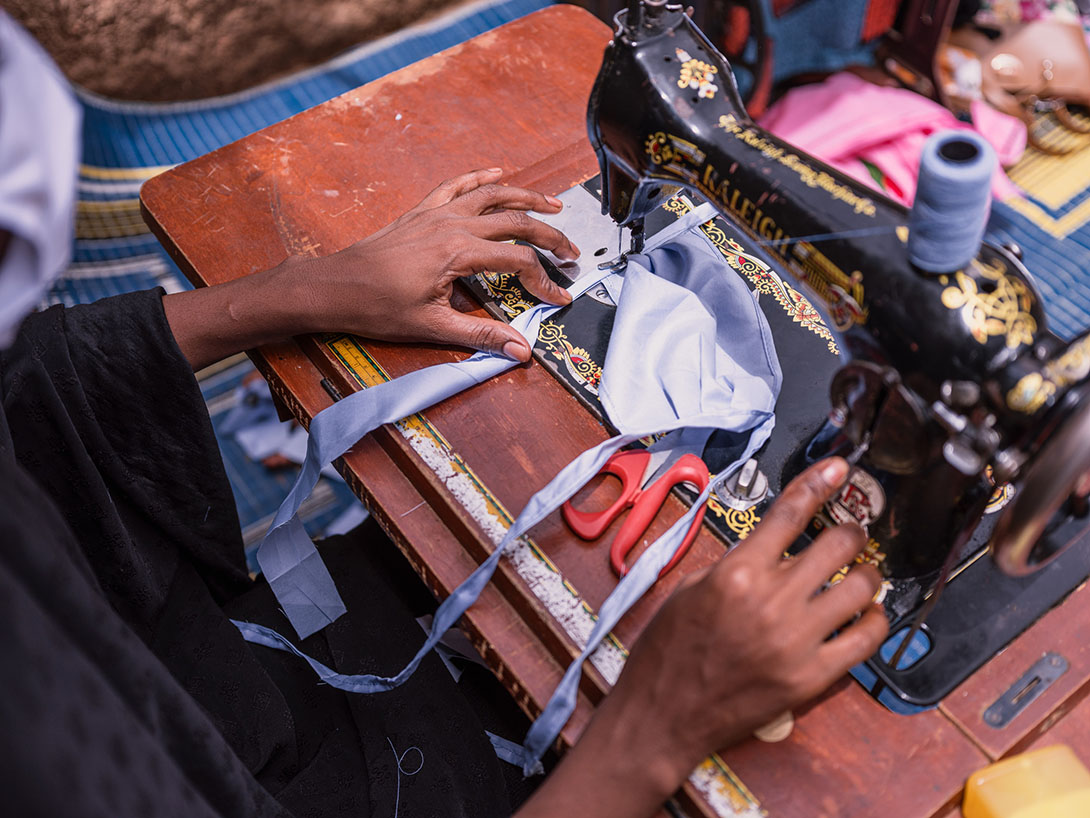 Before COVID-19, Aïchatou Cheitou says her life was simple. Now she counts the ways that the pandemic has complicated life for her and her family. Her work has been affected, her social life, and the joys of naming ceremonies and weddings, suspended. Her seven children are out of school, and because her own education was limited to adult literacy courses, she can help only the youngest with their at-home lessons. Her family stopped eating three meals a day.

“What worries me the most is my children’s schooling. I’m concerned that next school year will be cancelled. And I’m worried for my husband. He manages a store, but sales are practically nothing. I pray that this virus will disappear and we can go back to normal,” Aïchatou says.

Aïchatou’s worries have spurred her to action. Before COVID-19, she sewed, using a machine provided to her village savings group (VSLA) by CARE and a local organization called Leadership Challenge. Aïchatou and other sewers from the savings group quickly switched to producing masks in response to the pandemic. They’ve made more than 10,000, creating a new stream of income in the process.

“I’m able to help my husband with household finances. In fact, I’m now buying the family’s food, especially the rice. I give pocket money to my husband and can help my children with what they need.”

As president of her group, Aïchatou “suggested the idea of mutual aid during this difficult time. In a group meeting, we agreed to buy food in bulk, and redistribute it among the members.”

The group pooled their funds to buy enough rice, maize and millet and share it among members so that families could have three meals a day for the next 20 days to three months depending on the size of the family.

“This really helped, especially the group members who were most vulnerable financially. Some women’s families were scraping to make even two meals a day,”Aïchatou says.  “We also produced soap and ointment and distributed it among all members.”

Because the savings group’s members had a shared history and trust, they were able to act quickly.

“The capacity-building we received from CARE and Leadership Challenge early on, along with the sewing machines, has really helped us remain solid as a group, especially during difficult times like this one.”

An empowered woman, Aïchatou says, “will not stand by if anyone in her circle suffers.”

You can women like Aïchatou provide for their families during the pandemic by supporting CARE.