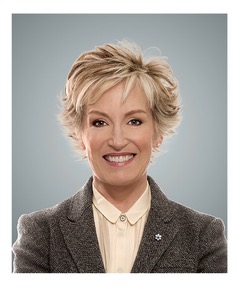 Lisa de Wilde is the Bell Media Professor in Media Management in the Schulich School of Business MBA Program in Arts, Media and Entertainment Management. She served as CEO of TVO from 2005 to 2019, where she transformed the educational broadcaster from an analog operation to an innovative, fully digital leader in current affairs and education technology. She serves on the Boards of TELUS where she chairs the Governance Committee, the Asia Pacific Foundation of Canada where she is Vice Chair, École de danse contemporaine de Montréal, CARE Canada and Toronto Global. She is also a former Chair of the Board of Toronto International Film Festival (TIFF). She is a lawyer by training who began her career at the CRTC, was a partner at a major law firm and served as President and CEO of Astral Television Networks. Lisa is a recipient of the Queen’s Diamond Jubilee Medal, has received honourary degrees from Ryerson University and Brandon University, holds a Bachelor of Arts and of Laws degrees from McGill University and the ICD.D designation from the Institute of Corporate Directors and is a Member of the Order of Canada.