Robert Fogarty is the creator of Dear World, a portrait project that began in New Orleans as photographic love notes to the city. He now uses his distinct message-on-skin-style to tell stories of subjects regardless of religion, race or language.

The team asked refugees to write their “message to the world” on their hands, arms or face to share with the world, and then photographed them. 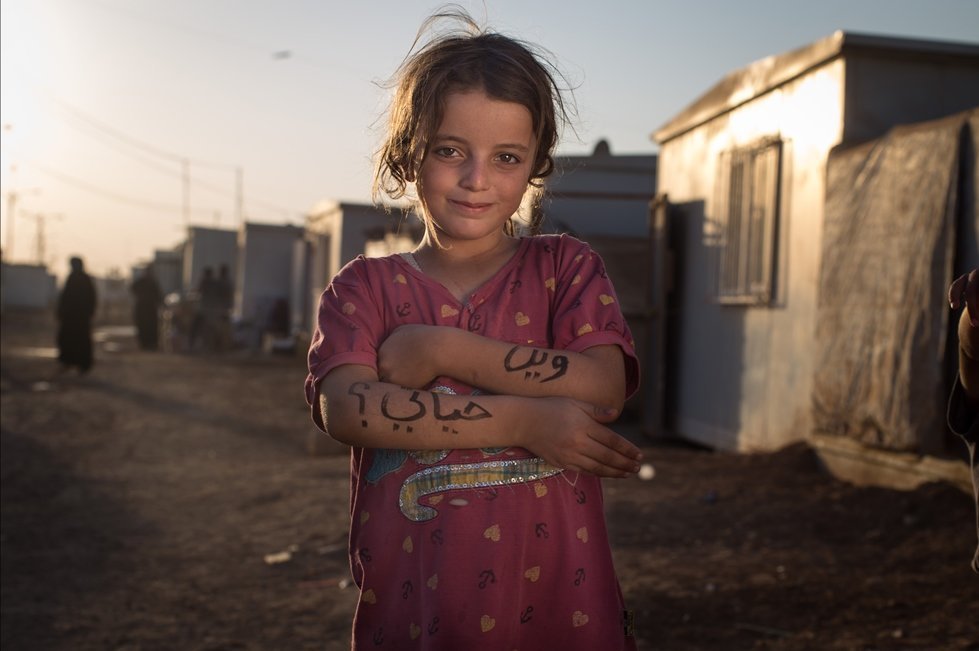 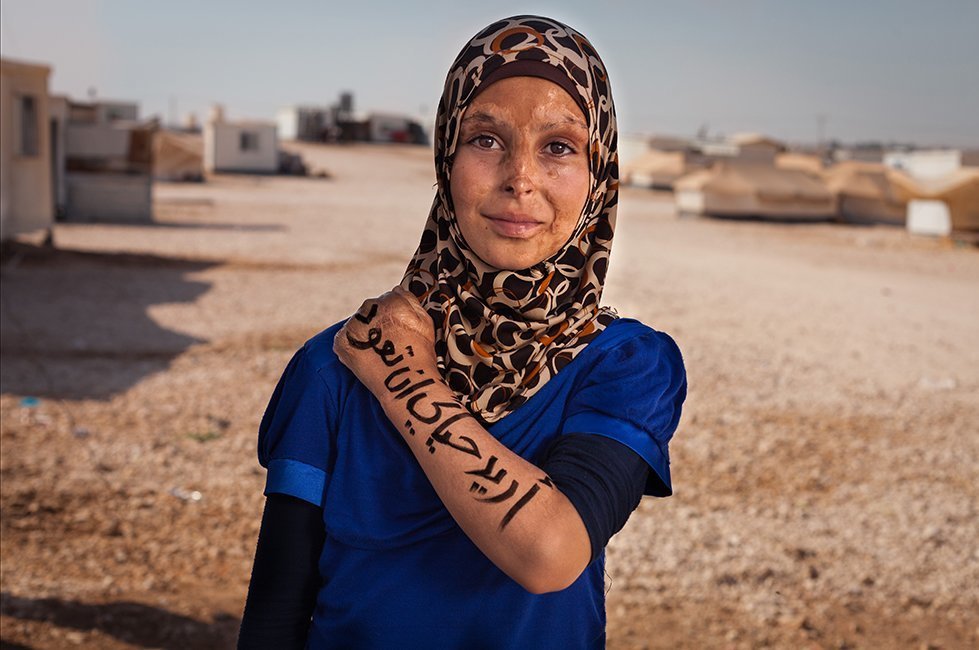 Huda, who now lives in Zaatari refugee camp in northern Jordan, is 11. She was with her family outside their house in Syria when a bomb hit. She was the only one hurt. The family had to hide for many hours and could not get to a hospital for nearly two days. Huda’s favorite subject in school is Arabic. 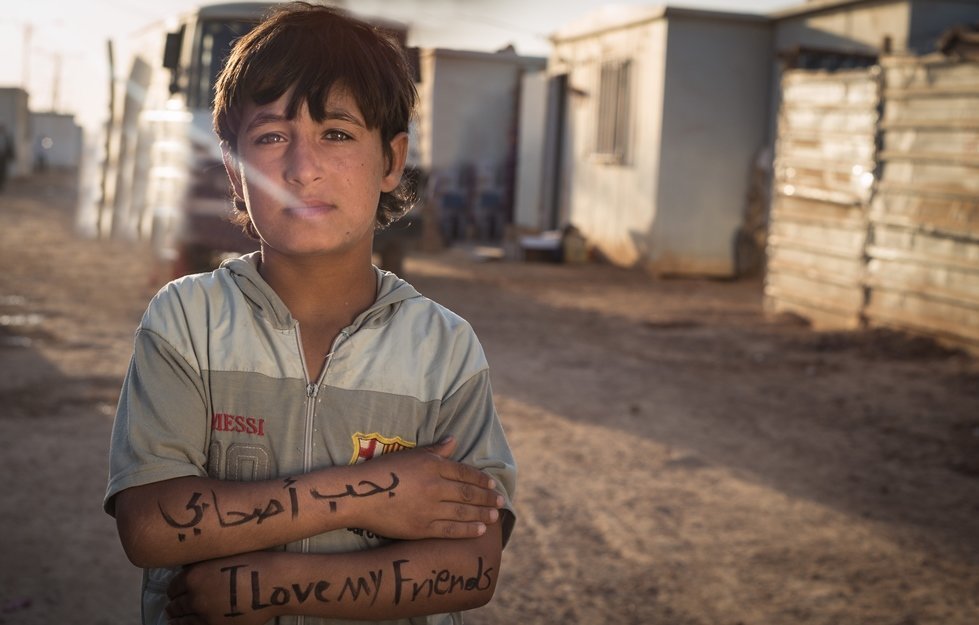 “I love my friends.”

This boy lives in Zaatari refugee camp in northern Jordan. Child labour is a problem among Syrian refugee children, many of whom do not go to school. 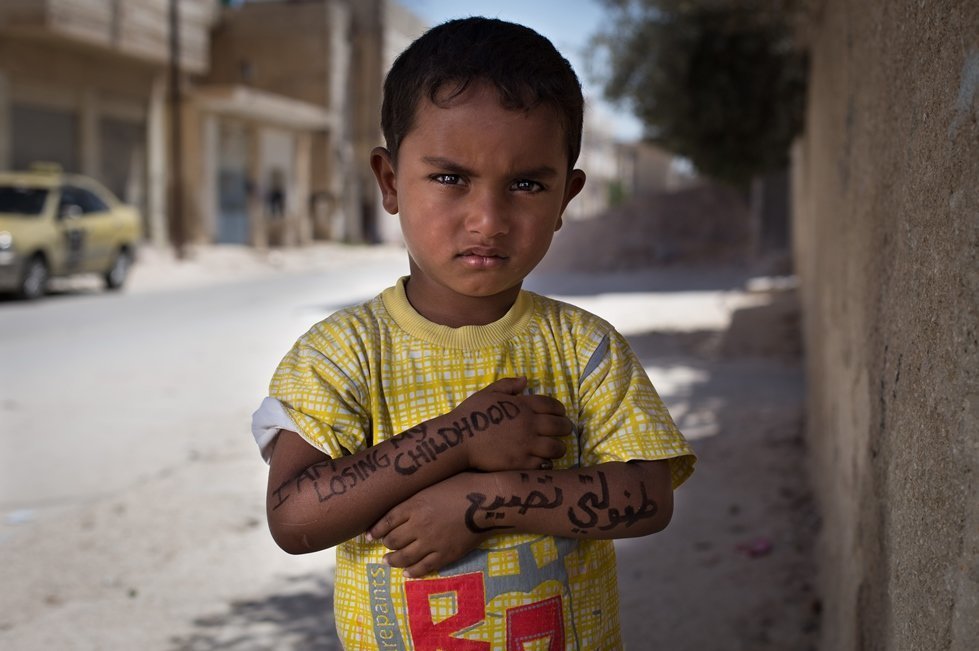 “I am losing my childhood.”

This boy has several older siblings, one of whom wrote the message “I miss my brothers.” 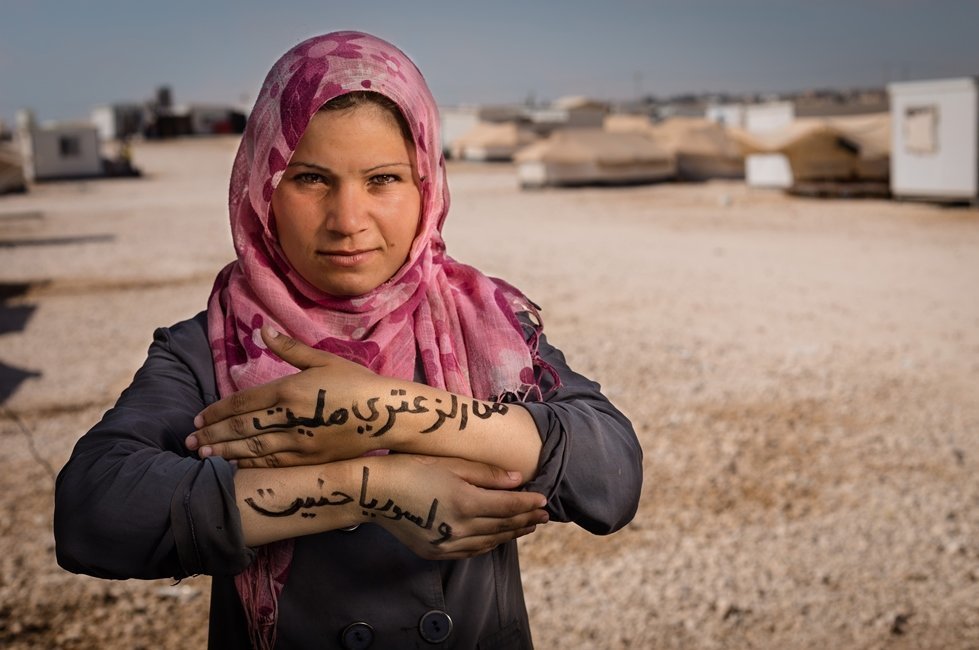 “I am sick of Zataari and I miss Syria.”

This young Syrian woman living in Zaatari refugee camp wrote her message in rhyme. Another message she had in mind was “Life will be beautiful.” 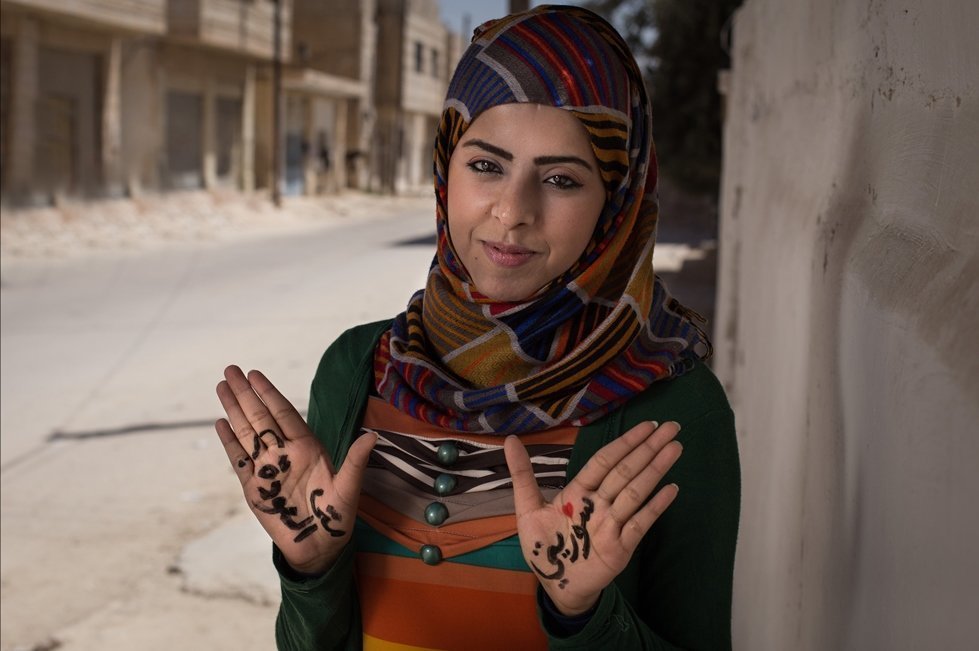 “My Syria… when will we return?”

In Syria, war prevented teachers from reaching a school in this young woman’s neighbourhood. She lived closer to the school and volunteered to teach the students “so they wouldn’t forget.” Now living in Jordan, she works as a CARE volunteer, helping her fellow refugees. 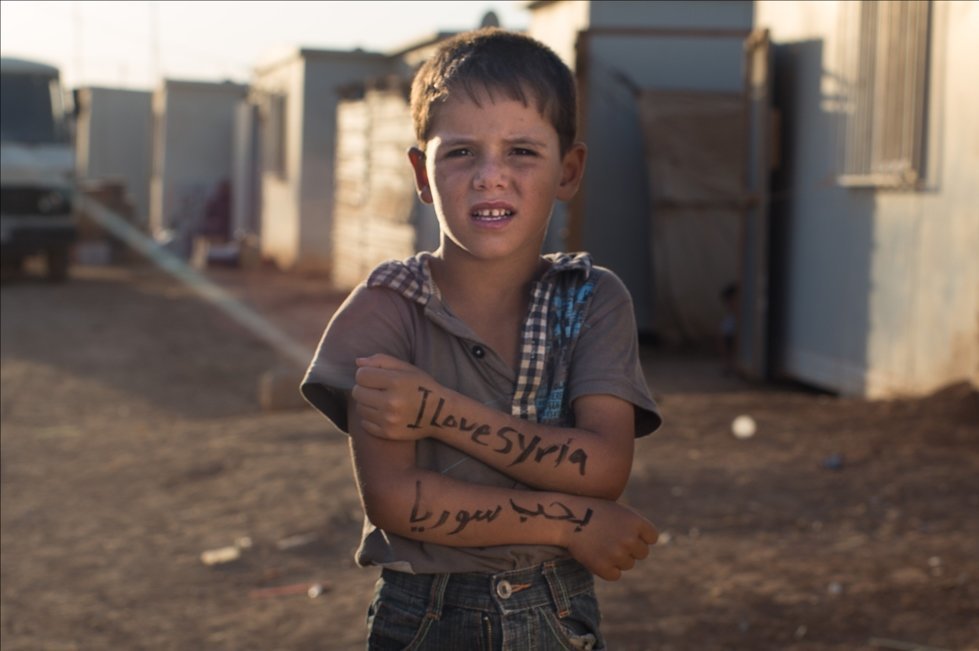 As of May 2014, Zaatari refugee camp housed over 100,000 Syrian refugees, making it one of the world’s largest refugee camps. 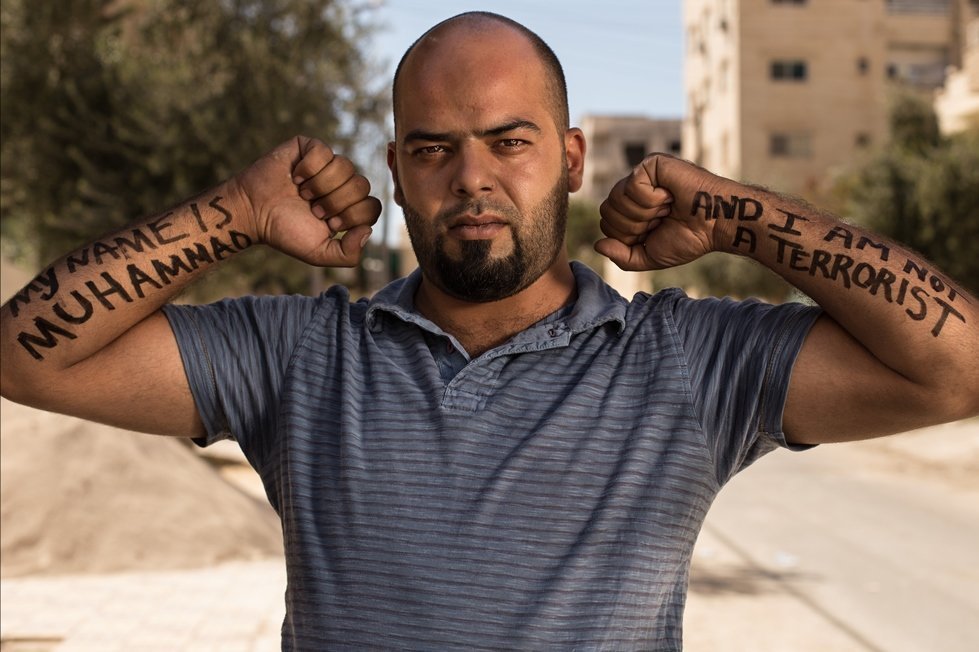 “My name is Muhammad and I am not a terrorist.”

In Syria before the war, Muhammad once encountered a tourist who feared him because of his name. The tourist actually ran from him when Muhammad tried to return the tourist’s water bottle. 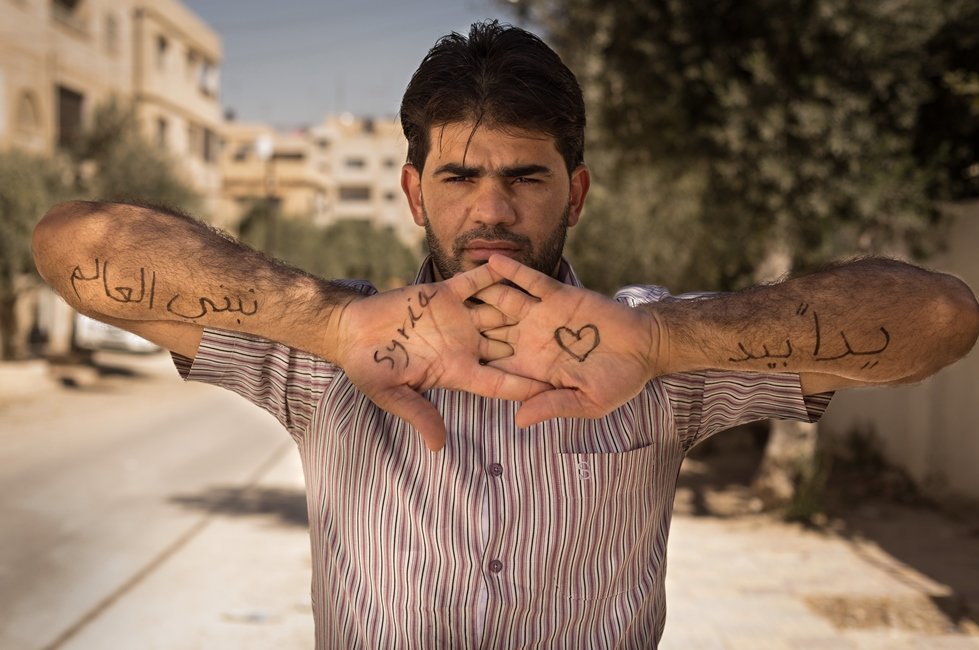 “Hand in hand, we build the world.”

This Syrian man volunteers at CARE’s refugee centre in the city of Zarqa. The majority of Syrian refugees in Jordan live in crowded apartments in poor areas of cities, not in refugee camps. 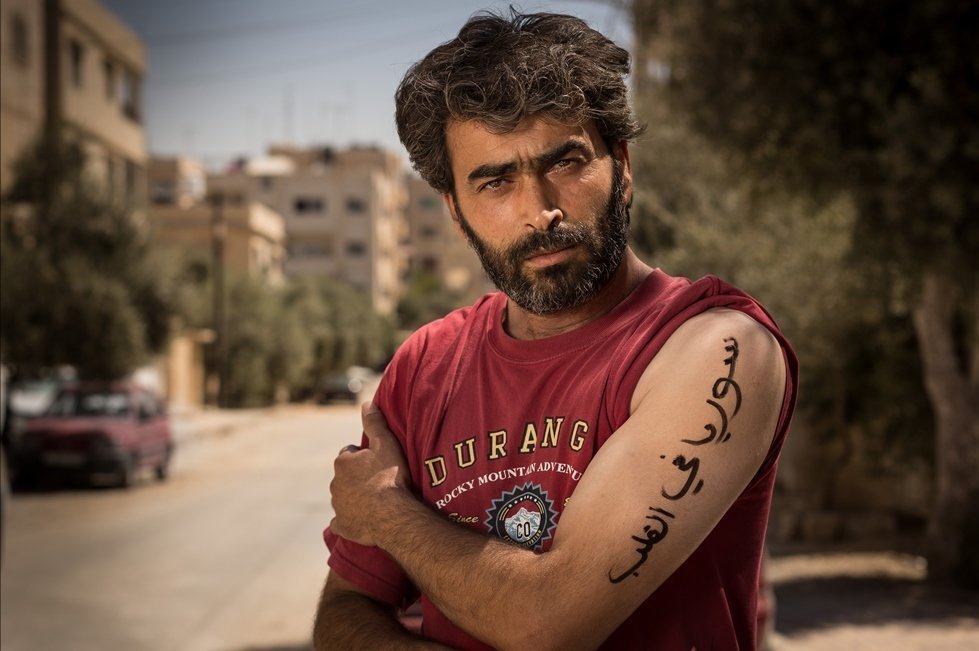 “Syria in the heart.”

It is extremely difficult for Syrian refugees to work legally in Jordan. Syrian men want to work, but are not allowed. 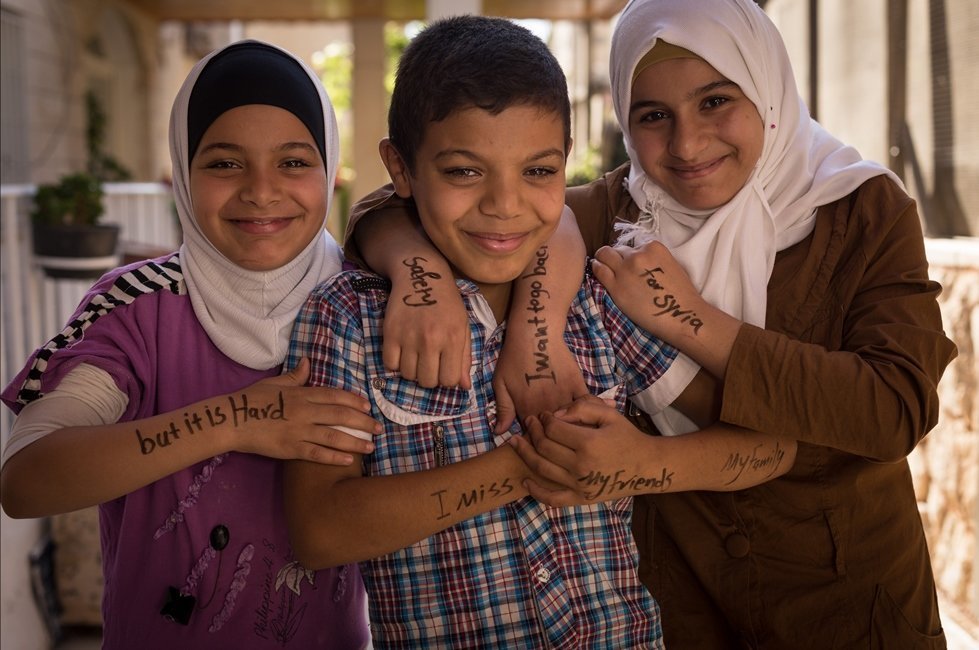 CARE gives this refugee family and others emergency cash grants to help them with urgent needs. 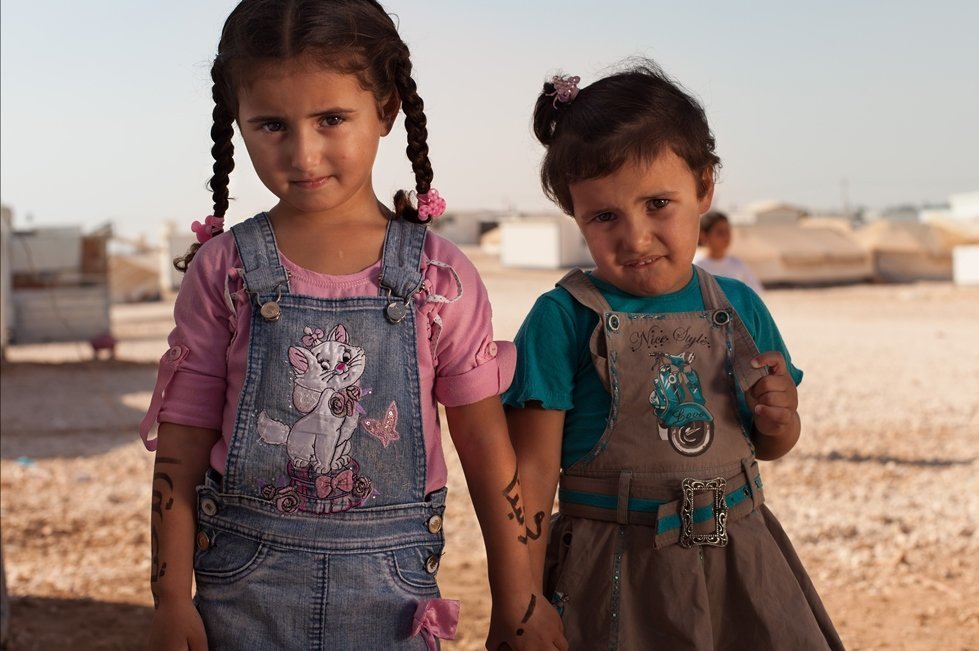 “What is our family?”

The fathers of many Syrian refugee children have been killed, are missing or are fighting in Syria. 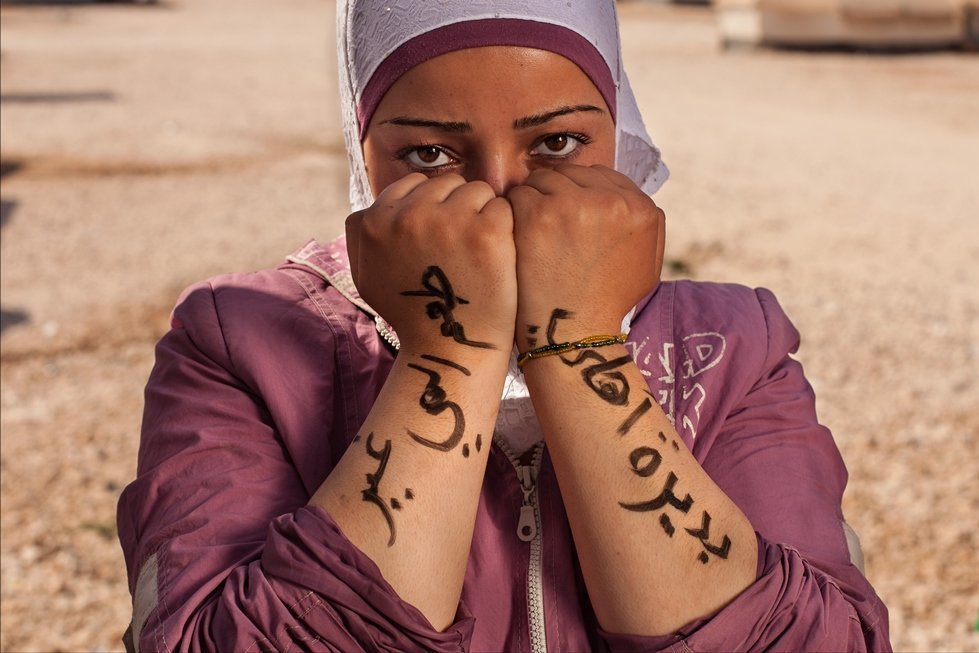 “At my family’s home, the taste of the water is different.”

This young woman described her family’s life during the war before their escape: “We’ve been through hard moments. They bombed our whole neighbourhood. They were shooting outside. We were at the window and one bullet came very near.” 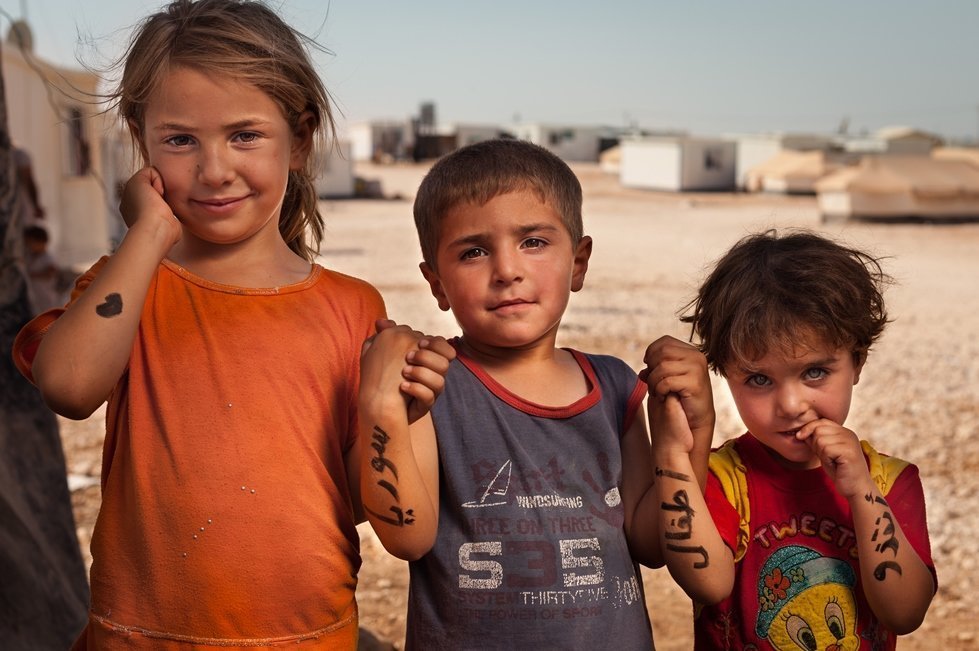 Many Syrian children do not attend the schools that exist inside Zaatari refugee camp. Refugee children living in cities may not be allowed into public schools because of severe overcrowding. A generation of Syrian children is at risk of missing out on an education.

CARE is supporting thousands of refugees who have fled the conflict in Syria, but we need your help to continue to provide life-saving aid.