CARE and the Government of Canada’s TEMPS (Travaillons ensemble contre le marriage précoce/Working together to prevent child, early andforced marriage) project seeks to prevent child, early and forced marriage (CEFM) in the Mali and Benin through education, dialogue and community engagement leading to social transformation. CARE's team in Mali spoke to several program participants. Here they share the incredible testimonies of how the project has changed people's ways of thinking and how they will commit to push back against CEFM. 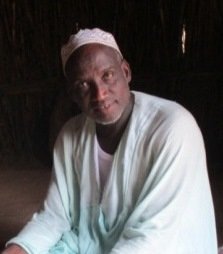 Imam has said that since the project has started, all brides who are married at his mosque are 18 years old or older.

“We have understood that these weddings are stronger than the ones we were celebrating before (with under-aged girls that were not giving their consent),” says Imam. “We now think that child and early/forced marriage (CEFM) is irresponsible and leads to regret afterwards. Some of the problems identified as causes of early forced marriage – like pregnancies outside of union – that we consider as compromising the family’s honor, can be bypassed if parents and children talk with each other about responsibility, protection, and other topics that are considered to be taboo. The project’s intervention has contributed in raising awareness that it is better to talk about taboo subjects than to stay silent.”

“I look after three orphaned girls and I wanted to find them husbands,” says Yati. “But after participating in training on the consequences of child and early/forced marriage, I decided not to encourage them to get married before they are 18 years old or older. Participating in the TEMPS training deepened my knowledge about CEFM and I got scared about what an early marriage would/could mean for my girls. All women should see my story as an example because it is in everyone’s interest to ensure girls are not married early or forced into marriage.”

Ibrahim is the father of a young girl attending school and he had promised her to a future husband. As it is tradition in his culture, he had received a dowry from the future husband’s family in “exchange” of his daughter. However, before the wedding occurred, he participated in one of TEMPS’ training sessions on the consequences of CEFM.

Deeply touched and concerned by what he had learned, he decided to cancel his daughter’s wedding and organized an emergency meeting with his son-in-law to be and his family. He gave back the dowry.

“I don’t care what other people think, but I won’t be committing a crime on my own daughter. I see early marriage as a sickle that would cut the immature wheat, which will have disastrous consequences not only for the field but also for its owner. Now that we are starting to understand all this, we have to stop this. I know things will only change by creating examples so that is why I decided to give the first example in my community that I am sure will be followed.”