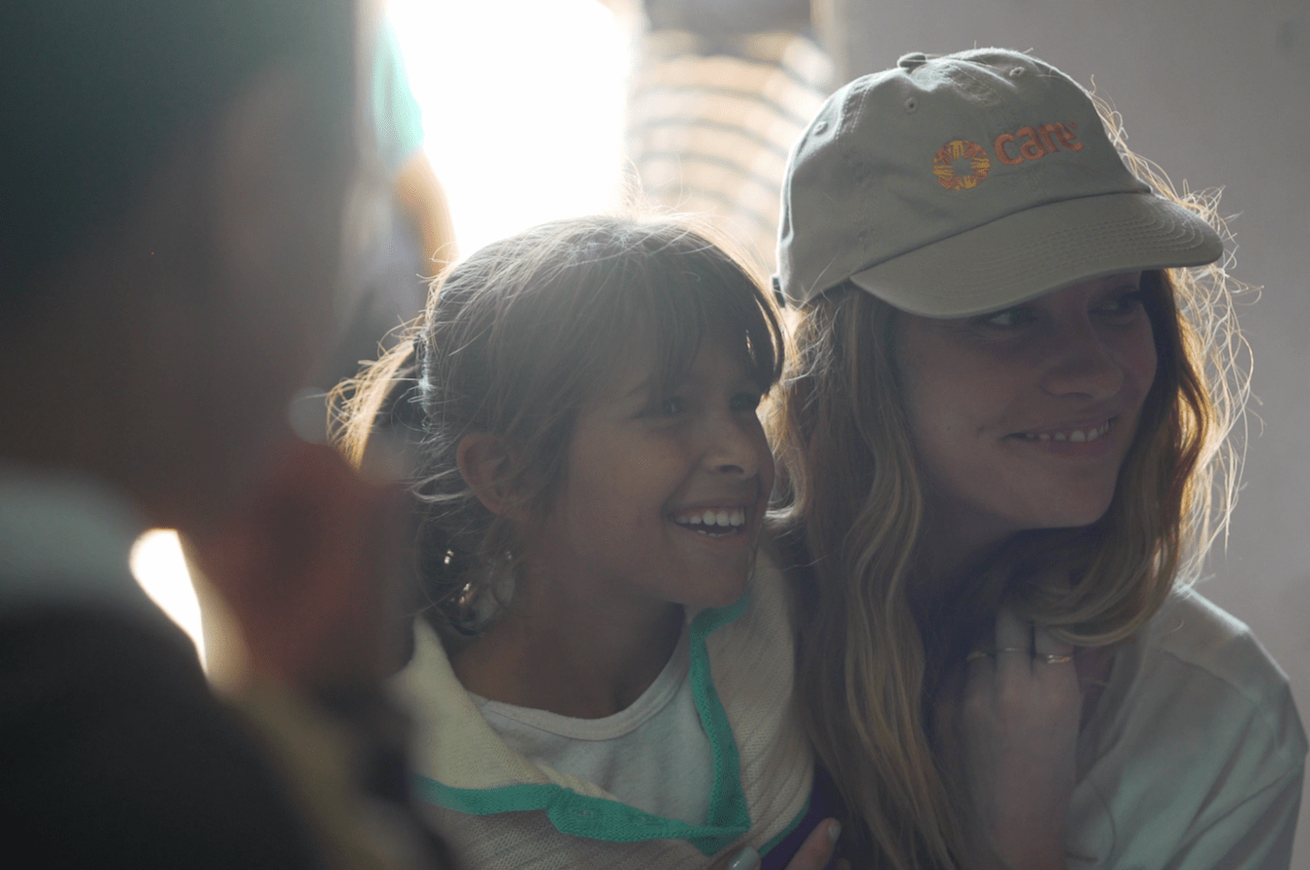 OTTAWA/AMMAN, 11 October 2019 – Today, Canadian actress and CARE Canada Ambassador Annie Murphy and CARE Canada have released an exclusive video that calls on Canadians to support the rights of girls around the world as part of CARE Canada's #TogetherForHerFuture campaign.

Last month, Annie Murphy travelled with CARE Canada to Jordan in her first official action as CARE Canada Ambassador. While there, Murphy visited Azraq Refugee Camp which is home to around 36,000 Syrian refugees, of which 60 per cent are children.

"Like many Canadians who are inundated every day with tragic images of the Syrian refugee crisis, there are times I have been guilty of turning off my TV because I felt too sad, too helpless, or too far away to make a difference," said Murphy.

"When my mom and I were invited to travel to Jordan with CARE Canada, I saw that there was so much more light and hope in the darkness making Jordan feel much closer than before. In Jordan, CARE is removing barriers so that young girls have what they need to turn into the leaders of tomorrow."

The video has been released on International Day of the Girl as part of CARE Canada’s Together for Her Future campaign which seeks to shine a light on the challenges girls face around the world. Globally, it’s harder for a girl to get to school. In many countries, girls spend their days working in the field or walking to get water instead of learning.

"In Jordan’s Azraq Refugee Camp, families fight for a better life and a brighter future for their children," said Murphy.

"I'll never forget the stories of tragedy and the heartbreaking images I saw in Azraq, but most of all, I won't forget that feelings of joy and hope reign triumphant."

The campaign video is accompanied by a first person account of Murphy’s experience in Jordan with CARE.

Annie Murphy is a Canadian actress and Ottawa native. Her Emmy nominated TV show Schitt's Creek is entering its sixth and final season. Annie Murphy was appointed CARE Canada Ambassador in August 2019. Annie travelled with CARE Canada to Jordan in September 2019 to learn about CARE's work to empower women, girls, and Syrian refugees.

Founded in 1945 with the creation of the CARE Package®, CARE develops solutions alongside women and girls in developing countries to lift themselves, their families, and their communities out of poverty and out of crisis. CARE stands with women and girls around the world in economic empowerment. We bring women, girls, and their communities together to challenge inequality while facing issues like food insecurity, climate change, and emergency relief in times of crisis or disaster. In 2018, CARE worked in 95 countries and reached more than 56 million people around the world.