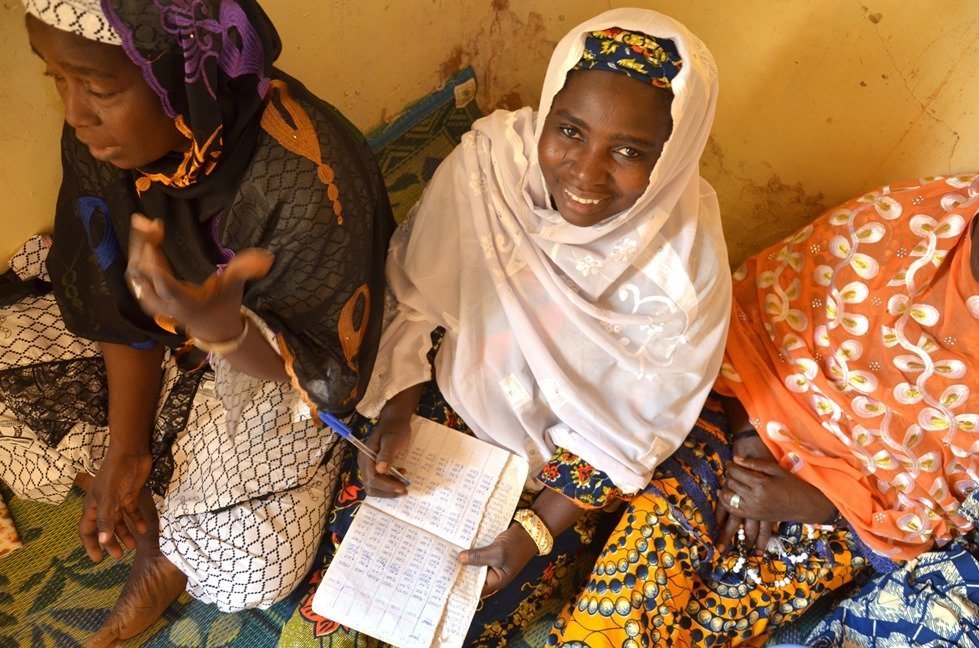 Seated in a circle around a savings box on a sand floor in the village of Hamdallaye in Niger, 24 women have found their way out of poverty – together.

“Number seven” stands up from the patterned straw mat, rubs away the folds in her pink dress and approaches the five women that have been elected to run the savings box. She puts this week’s savings amount in a blue plastic bowl before the notes are moved over to the box.

The secretary of the group, Ramatou Yayé (45), arranges her white laced hijab. She opens her notebook carefully and writes down the amounts the other women submit. When the group meets every Thursday at 2 pm, they save 500 XFA-franc (approx. 0,85 USD) each. After a little while it is possible to take up a loan from the box that the members can invest in for instance a goat or a patch of land. Instalments and interests are decided by the group itself and the profit is divided between the women. In this way they have been able to save up a lager sum of money they can use for income generated activities, household expenditures or school for their children. These women in particular have stayed together since the year 2000. They chose to call their group “Patience” which is exactly what you need as a woman in Niger, and a lot of it.

“If I could do something to better women’s situation in Niger, I would empower them financially so that they can care for themselves,” says Ramatou.

While life in Canada is the most satisfying in the world, according to UNs human development index, Niger comes out last of 187 states. If you were born as an average girl in Niger, your starting point would be all other than fair: Women are systematically discriminated against in almost all aspects of society: in their families, in business, in education. 75 percent of people living below the poverty line, are women. And only nine percent of Niger’s female population can read and write.

At the age when typical Canadian girls start to experiment with makeup and social media, many Nigerien girls quit school.

“I was attending school until the 6th grade, but I couldn’t pass my exam, so I had to drop out,” Ramatou explains.

Far too few girls in Niger complete school. And many tell the same story as Ramatou: that they didn’t pass the exam to get to the next grade. And if you cannot attend school in a country like Niger, what do you do? Ramatou got married. She was 14 years old. And with her lack of education there were few possibilities to get a job, so she completely depended upon her husband. 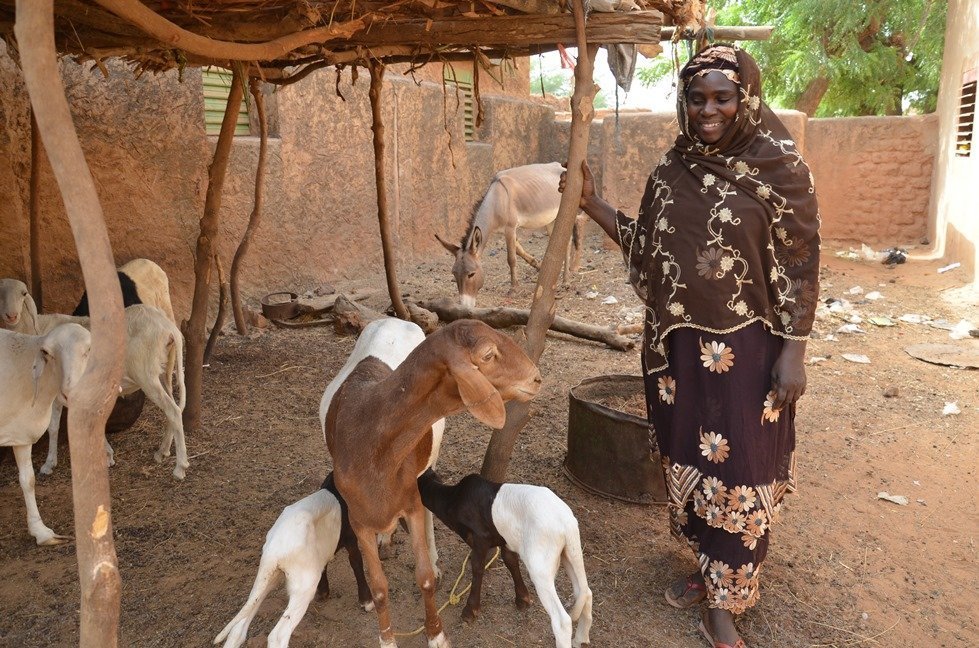 Ramatou did not have kids with her first husband. She was divorced eight years later and remarried. She now lives in a polygamous marriage as many do in Niger. But it didn’t help her financial situation and she also depended on her second husband’s occasional contributions to household expenditures.

One day some women asked her if she wanted to join a savings and loan group that CARE was about to establish. In addition to a better understanding of economics, she was given the opportunity to learn better how to read and write.

“I learned it at school, but I was not good enough. When I joined the group I received extra training.”

She laughs when she is asked whether she is literate now: “Come on, I’m the secretary. Of course I can read and write.”

But even more important for the 45 year old was the feeling that she could take care of herself financially and not depend on her husband to provide for their children. With her savings from the group she started selling couscous. Now she has invested in goats and has started to breed them. In the backyard she has both grown goats and little goat kids. They are terrified and start to back when they see the camera lens. Ramatou gives them a proud look.

“Now I can cover my own and my family’s needs without waiting for my husband. He even asks me for a loan sometimes.”

– Does he always pay you back?

“Oh yes! If he doesn’t pay me back he knows he won’t get any more loans later,” she says.

Not afraid to speak up

The strong sun heats up the village to almost 40 degrees Celsius. But in the house where the group meets, it’s cool. They always meet in the house of the mayor in Hamdallaye because his wife was the former president in the group. The sand floor is covered by straw mats, and in the corner there is a massive wooden table and a yellow office chair, which four wheels are not so useful in the sand. Everybody is quiet and waiting for instructions from the elected leaders.

In the six years Ramatou has been the secretary, she has received a lot of self-confidence. Now she is not afraid to speak up in her community.

“A lot of people didn’t know me before, but now I am one of those who are invited to meetings with the mayor. Before I was afraid to talk, but now I’m making myself heard,” she says.

Just like Ramatou had to be patient with her husband to get resources to take care of her children, all the members in the savings and loan group have lived up to the name. Patience has given the women a possibility to build up equity, a self-conscious and climb steadily out of extreme poverty.

You can help women like Ramatou lift themselves, their families, and their entire communities out of poverty.

Help a woman start a business