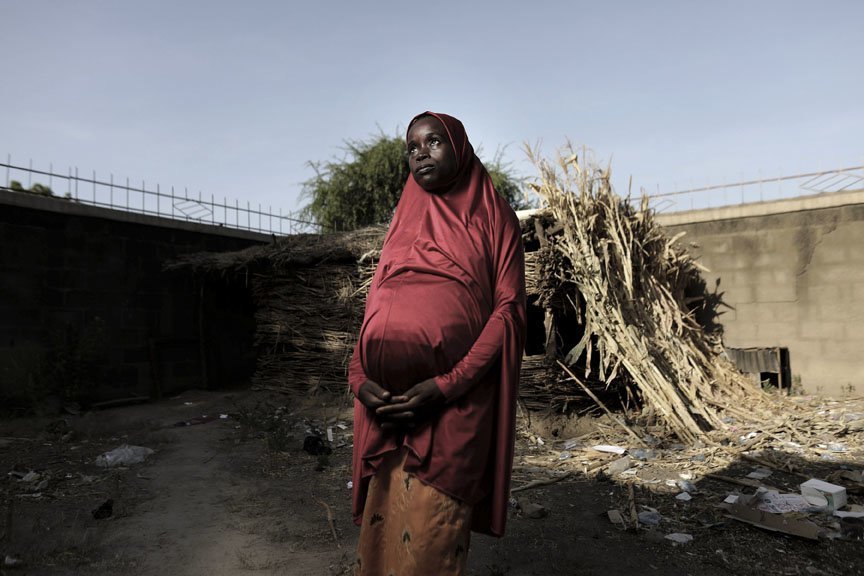 Shouting and blood-curdling screams awakened Fatima Abba Bukar in the middle of the night.

“Boko Haram came around and started pouring gasoline on the houses. They were shouting ‘This is the house of Christians,’ said Fatima, who is Muslim. “They came with their gasoline and matches. We ran out.”

In the chaos, Fatima was separated from her husband and her four sons. She fled for her life into the bush, disappearing into the darkness as her village burned in the distance.

Fatima said her grandfather and nephew were killed that night. But it wasn’t her only loss. “In the process of running, I miscarried,” she said. “I was three months pregnant.”

Fatima made it to Maiduguri, but she had lost an enormous amount of blood and was so ill that she ended up spending several months in the hospital. Eventually she was reunited with her children and, more than a year later, her husband as well. 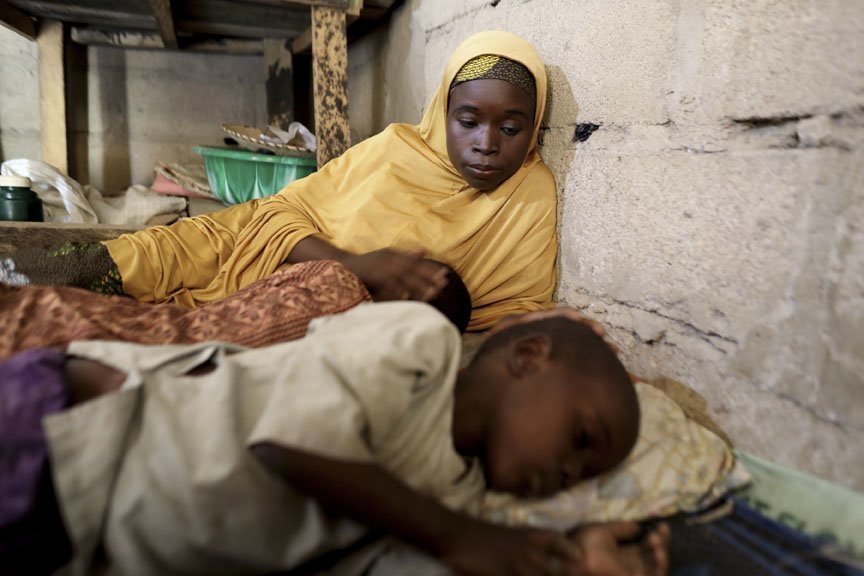 Today, her husband works for months at a time in the bush as a farm hand growing tomatoes, onions and other vegetables. Fatima, meanwhile, is nine months pregnant. It is her first pregnancy since the miscarriage.

Recently she learned of a maternal health clinic, one of eight supported by CARE in and around Maiduguri. The clinic is operated out of a two-room home that a local family donated to the cause after Boko Haram burned down a nearby hospital. More than 40 per cent of health facilities in Borno state have been destroyed in the conflict.

Fatima says it’s the first time she’s ever received antenatal care, including regular check-ups, free medicine and a CARE “dignity kit” that includes sanitary pads, a bucket a soap for washing, laundry detergent, a cloth wrap and other hygiene items.

The clinics also distribute birthing kits, complete with a birthing pad and a sterilized blade for cutting the baby's umbilical cord. Home births are a fact of life here because the military imposes a curfew and many of the women don’t have transportation. Women who make it to a clinic during the day with any serious complications can, however, count on CARE to get them to a hospital in the region. CARE operates four tricycle ambulances that can mean the difference between life and death. 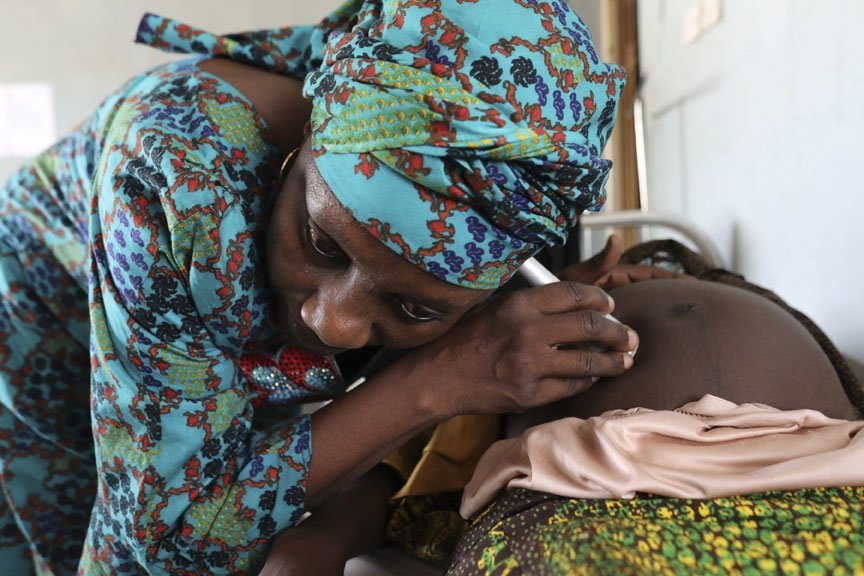 The maternal health care needs in northern Nigeria are massive, especially for family planning services, emergency obstetric care and treatment for survivors of sexual violence. Some 1.7 million of the women affected by the crisis are of reproductive age, and over 275,000 women are expected to become pregnant this year, according to the United Nations Population Fund (UNFPA). In Borno state, the epicenter of the crisis, maternal mortality rates are three to four times higher than the national average (1500 to 2000 deaths per 1000,000 live births, versus 576 per 100,000).

CARE plans to make sexual and reproductive health services available to about 450,000 women and girls in the region by the end of 2018.

Fatima said she’s learned about family planning options at the clinic and has already started discussions with her husband, who is supportive of her using birth control in the future and spacing out births.

For now, she’s focused on giving birth to a healthy fifth child. Fatima said she’s having the red and blue cloth wrap from her CARE dignity kit made into matching outfits – one for her and one for her newborn.

“We will wear them,” she says, flashing a wide smile, “at the naming ceremony.”

You can help raise the voices of the millions of women in developing countries who deserve to be heard. Because #shetoo deserves to be free from violence and have access to life-saving services.